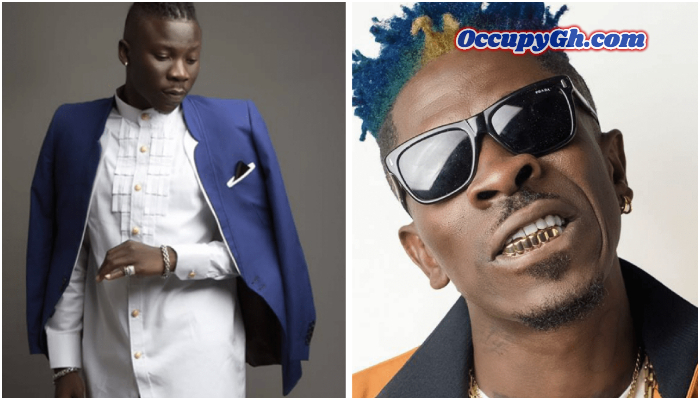 In a viral video that compares Stonebwoy’s new song “Shuga” to Shatta Wale’s “Strongman”, both songs have a close rhythm and it almost as though the lyrics in both songs are the same.

Because #SM fans and #BhimNation fans never come to a similar conclusion, social media is still arguing whether or not the part of the song in question was truly stolen from Shatta Wale by Stonebwoy.

I mean Shatta Wale Released “Strongman” in 2017 so it’s safe to say the latter stole… (that’s if it was done intentionally).

In this article:Shatta Wale, Stonebwoy