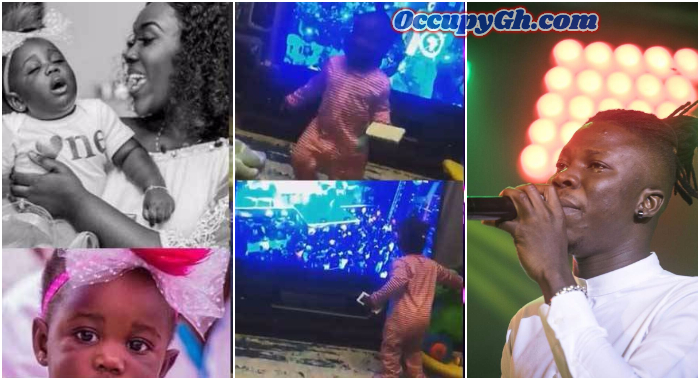 A video of Stonebwoy’s daughter, Catherine Jidula T. Satekla’s priceless reaction when she saw her father on tv performing on stage has surfaced online.

Interesting enough, it’s getting the much needed attention that it is required of. (I’ll rather that to go viral than some slay queen being wretched)

Anyway, Catherine who was beaming with smiles was very excited when she saw her father on tv, she touched the screen.

The ‘Bawasaba’ hitmaker was performing his hit song ‘Most Original’ which features Jamaican musician, Sean Paul on stage.

Catherine who was then excited to see her dad on the screen, while standing in front of the tv giggled and touched the screen. She turned to show some form of affection to the mom who was recording and then… I’ve said enough, you need to see it for yourself.

BREAKING:  You've 7 House But Your Mother Begs For A Place To Sleep - Blogger Strikes Shatta Wale