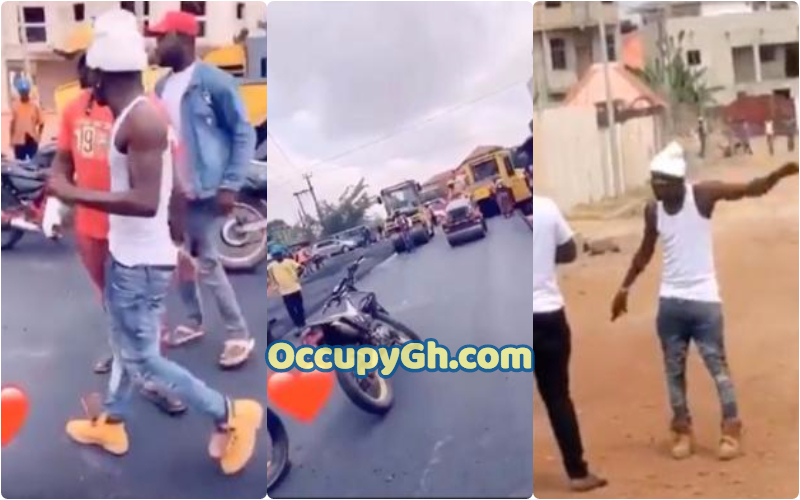 Ghanaian dancehall artiste Shatta Wale has reportedly shut down road constructors from constructing a road he reportedly paid GH¢4 million for before leaving to the states.

This is from a new video that has just surfaced on social media.

It is said that the controversial dancehall artist paid for a section of a road from Adjiriganor near his Shatta Movement Secretariat near East Legon.

In the video, he could be saying shouting on top of his voice that he has paid ¢4 million for the road to be fixed before living for the state but on his return, nothing better has been done as compared to what he expected.

In this article:Shatta Wale, Viral