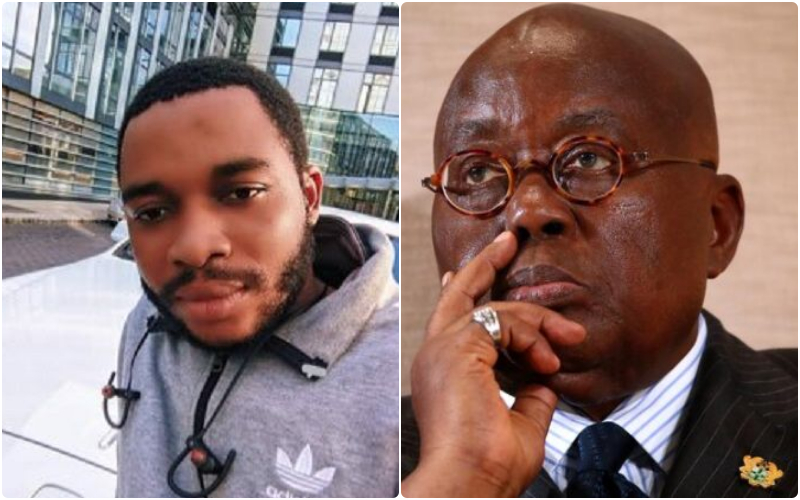 Loudmouth socialite Twene Jonas has once again surfaced with a blow directed to the ruling New Patriotic Party (NPP) and its leader, Nana Akufo Addo.

According to Twene Jonas in a new viral video sighted by OccupyGh.com, ‘Akufo Addo should stop sending people after him. He also noted that Nana Addo’s government is the most disgraced government ever in the history of Ghana’.

Jonas ranted this among many other thins in a Facebook Live observed by occupygh.com

Jonas asserted that Government mostly talks about solutions while citizens talk about the problems.

Advising the President, Jonas begged that he should travel less with his entourage but rather fix the country.