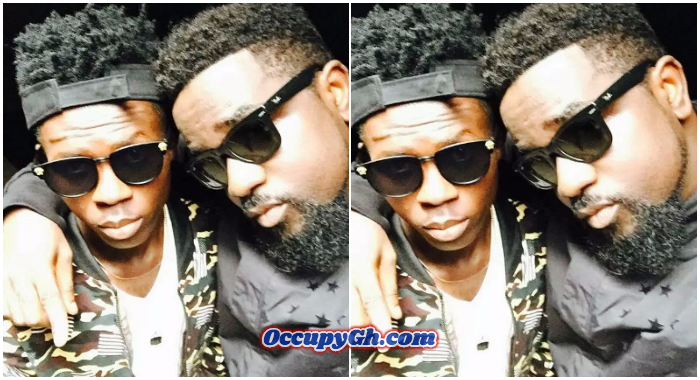 Perhaps the biggest news making rounds in the Ghanaian entertainment circle has to do with Strongman Burner and Sarkodie. Few hours ago, Sarkodie announced via his social media handle that he has parted ways with the young rapper.

Sarkodie signed Strongman to his record label, SarkCess Music in 2017 after his exploits in the reality show dubbed, the Next Big Thing in 2012.

Strongman has however struggled to replicate his ‘class’ during the show as a professional artiste and this could be one of the reasons why they mutually went their separate ways.

In a letter dated 14 April 2019, SarkCess music announced it has part ways with Strongman and labeled their experience as a priceless one. They expressed their appreciation to everyone who supported Strongman in various ways.

Of course you don’t expect this news to go without a little drama and that’s what Strongman has just started.

In this article:Rappers, Sarkodie, Strongman