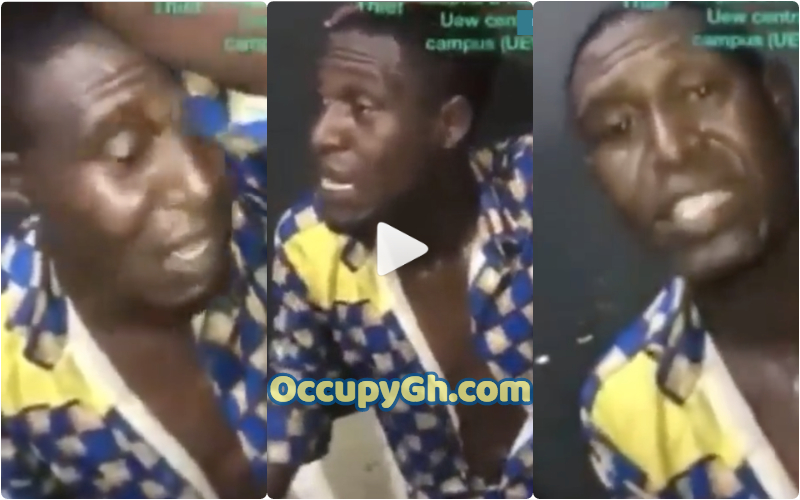 A video of a thief singing Methodist Hymns after being caught at the University of Education, Winneba (UEW) has just surfaced online.

The viral video of the middle-aged thief as sighted by OccupyGh.com has garnered a lot of reactions after popping up online.

The video sees a mature man, arrested and forced to sing a Methodist hymn.

He was allegedly caught trying to from a hostel at the University of Education, Winneba.

He is seen pleading with the students not to beat him. Another student is heard saying;

“He will be forced to sing a song from Shatta Wale after his final stanza from the hymns.

According to further details gathered, he is a former student of the University and a choirmaster back then.