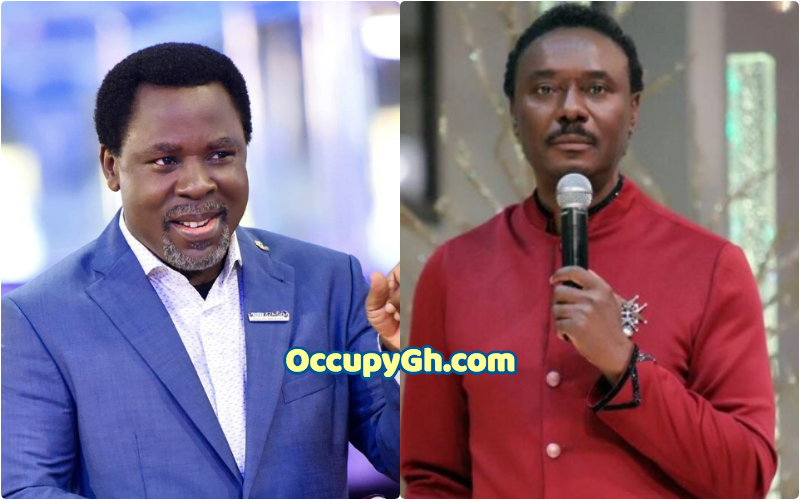 Clergyman, Rev Chris Okotie, has described the late founder of The Synagogue, Church of all Nations, Prophet Temitope Balogun Joshua, popularly known as TB Joshua, as a magician who carried Bible around.

Recall that Okotie, who never hid his dislike for Joshua even while he was alive, had described T.B Joshua as the “Wizard at Endor”, shortly after his death in June.

In a video shared on social media on Sunday, August 8 titled ”The Truth about T.B Joshua”, Okotie described Joshua as a man who projected himself as another ”Jesus”. He said Joshua was a fake prophet who went about carrying a bible with him.

“Greetings in the name of the Lord Jesus. What is the truth about TB Joshua? Who was he? Was he a product of Christianity? Or a practitioner of shamanism? Was he a servant of the Lord Jesus? Or some itinerant religious quack? Was he a true prophet, who was misunderstood? Or a hypocrite masquerading under the habiliment of the Faith?” Okotie began

Anchoring his message on the Bible book of John 8 v 32: “…Ye shall know the truth, and the truth shall make you free”, Okotie began to examine the life of T.B Joshua whose name is Joshua.

“Joshua took that name because he believes he is another Jesus. He believes that God sent him to our world to bring reconciliation between God and mankind, exactly the same way the Lord Jesus was sent, and that is why he took that name Joshua.” he said

Speaking on the identity of T.B Joshua, Okotie said the clergyman fulfilled the pattern of Bar-Jesus, a false prophet, and a sorcerer according to the Book of Acts, Chapter 13 v 6:

Okotie went further to say that T.B Joshua went about doing philanthropic work just so he can be like Jesus.

In this article:Nigeria, Rev Chris Okotie, T. B. Joshua