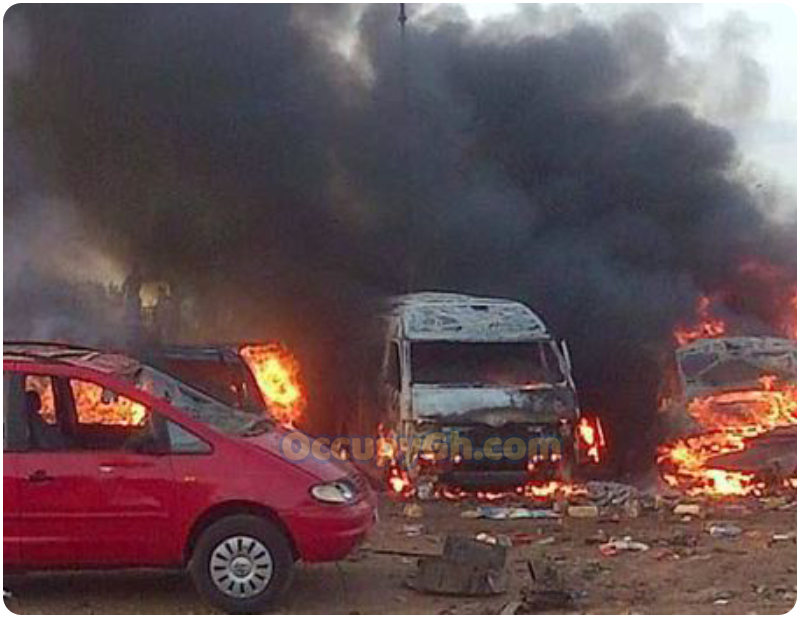 A yet-to-be-identified commercial driver in Lagos, Nigeria has set himself on fire in the presence of LASMA officer.

The operatives of the task force from the Lagos State Ministry of Transportation, while on enforcement duties along the Airport Road area connecting Ajao Estate, impounded some shuttles.

The driver was said to be protesting the seizure when he suddenly reached for petrol and poured it on himself, set himself ablaze.

The drivers also stated that in the Maryland area of Lagos, said LASTMA officials don’t go after those who flout traffic rules alone. They go after anyone unlucky enough to make their target list for the day.

“They have caused so many accidents,” he said. “If you’ve been in Lagos for a while, you must have heard of one. Just two weeks ago, a driver who was being chased by LASTMA officials ran into a crowd of passengers here and killed one.”

People rescued Monday from self-immolation and took him to the hospital after the officials fled. The driver is still receiving treatment at the hospital, According to Kareem.