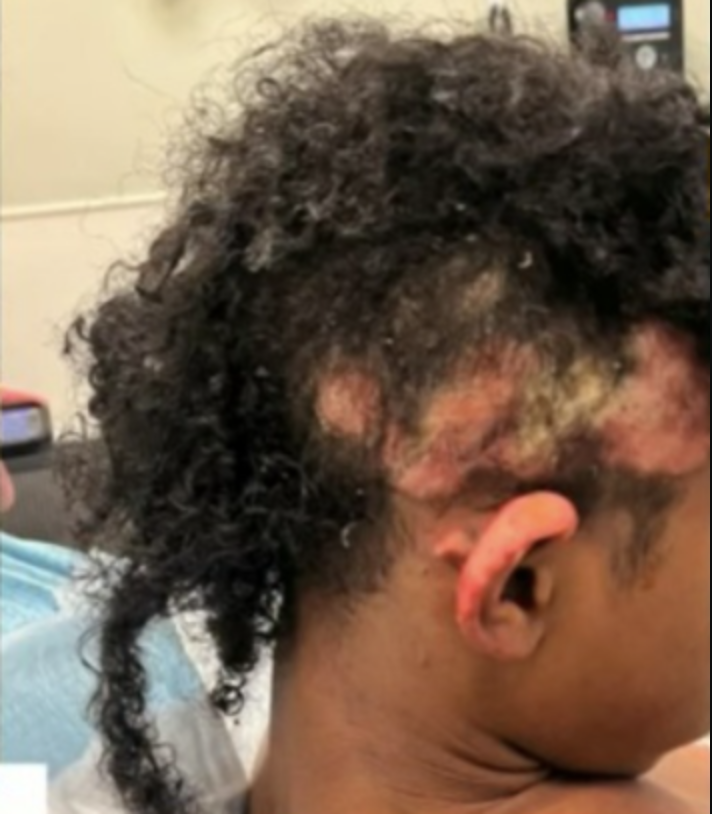 A teenage girl in Virginia has been charged after she allegedly set her classmate’s hair on fire, causing the 13-year-old victim to be hospitalized with second and third-degree burns.

The incident took place during lunch period while students were eating in the classroom at John Rolfe Middle School in Henrico, Virginia, USA, the mother of the victim, who chose to remain anonymous to protect the identity of her son, said.

When her son went to dispose of his lunch tray, a female classmate followed and pulled out a lighter and flicked it near his hair.

When the mother learned of the incident and arrived at the school, her son’s shoulder-length hair was burned to the scalp in certain areas. He also had burns on his ears and neck.

She said: “He was hysterical; he looked scared. His pride emotionally and mentally is broken.”

The boy’s mother added that the school initially didn’t want to press charges against the girl, but she insisted.

“You can’t just brush this under the rug and think that it’s going to just go away, It’s not. My son is severely hurt, he’s suffering and it’s not fair to me it’s not fair to him so y’all just need to be held accountable,” she said.

The Henrico Fire Marshal’s Office charged the girl with unlawful wounding. The matter will be heard in Juvenile and Domestic Court.