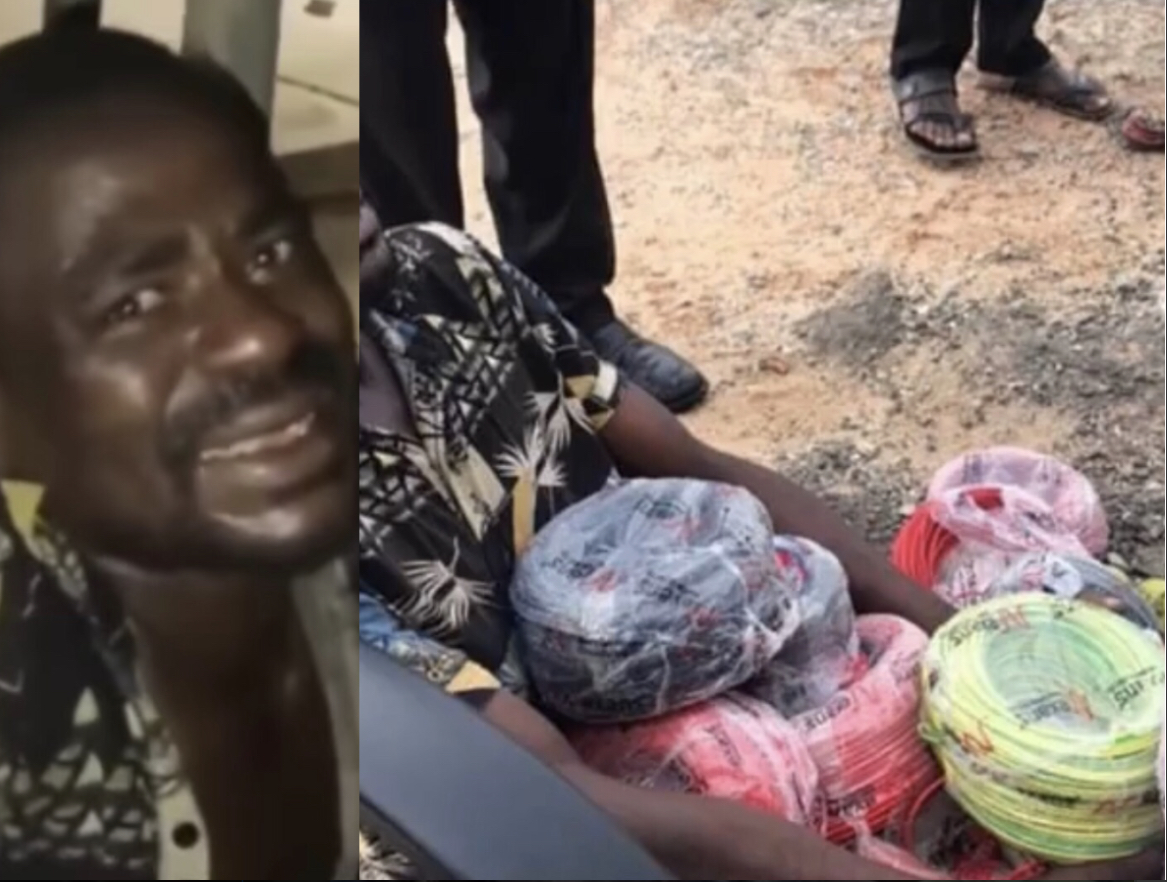 Takoradi Boys have set the record straight with an exemplary action after making fun out of an alleged Thief who was busted red-handed whiles stealing Electric Cables from the ECG storeroom.

Instead of descending on him with a MOB action, they spared his life and made him dance to their beat after forcing him to laugh.

He was not brutalized and beaten as it’s usually done. It was reported that he was caught at dawn and was arrested after his dancing display.

However, he was captured with the Cables he stole after Daybreak. It was really plenty. It’s obvious he will be jailed after interrogation.