OccupyGh
Home Entertainment The music industry turned me into the beast I am today; they’ve... 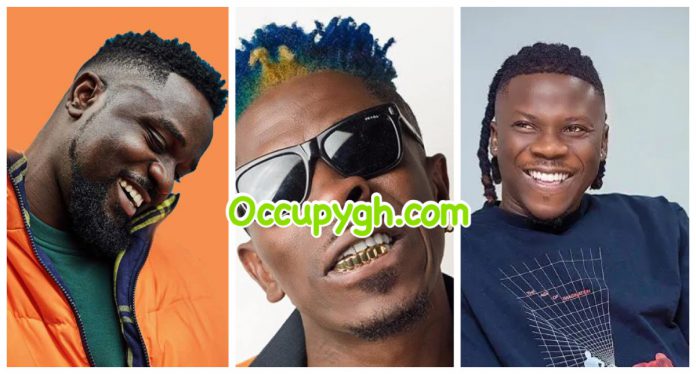 There have been several instances where people have had to argue about who deserves what and why at musical awards ceremonies as they all have their favourite artists.

Shatta Wale has argued that the Ghanaian music industry has robbed him off what is rightfully his for years without any remorse.

Read:  VIDEO: Sarkodie should calm down, his branding is becoming too much - Stonebwoy blasts

According to him, the Ghanaian people have shown him, intense love, while the key industry players have hated him for no apparent reason.

He added that he has become the wild and crazy Shatta Wale everybody knows of because of what the industry has made him. He made claims on times where his efforts had been completely brushed under the carpet and sidelined in awards shows while his accolades go to Stonebwoy and Sarkodie.

VIDEO: Sister Debbie gives her dUnA to photographer to play with during a shoot

June 9, 2019
Patapaa saves the moment. Ghanaian musician Patapaa performance at the just ended Ghana Meets Naija is what everyone has been talking about right after...

Wizkid: “Next Year, I’m Getting Married”