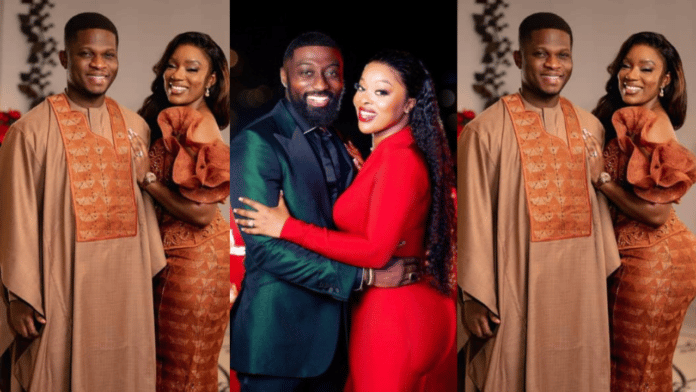 This time not for political reasons, Sammy Gyamfi is the talk of the town.

Alas! he has tied the knot.

The traditional wedding ceremony was documented in a few brief videos and images that have since proliferated online, showing dignitaries like former president John Mahama Aseidu Nketiah and other NDC heavy hitters in attendance.

Videos from his wedding reception have also surfaced online, where most of the women are drooling as usual.

Online users have found both recent and old pictures of the bride. There has been discussion on Mrs. Gyamfi’s physique.

According to a recent allegation that is also currently trending on the internet, Irene was formerly romantically involved with Kojo Jones, a young business magnate from Ghana.

Kojo Jones ditched Irene for his current wife Racheal, according to claims by a rumor monger who invaded SelTheBomb’s Snapchat DM.

It appears that Irene dated Sammy Gyamfi when she was a student at KNUST, but she later dumped him for Kojo Jones for an unspecified reason.

She was sadly offered a cooked breakfast by Kojo Jones, which crushed her heart for years till she reunited with Sammy Gyamfi a second time.