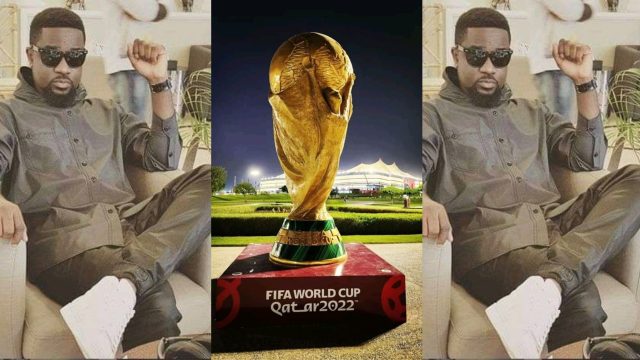 Top Ghanaian rapper Micheal Owusu Addo, better known by his stage name Sarkodie, has recently made a humorous comment on the current World Cup in Qatar on social media, which garnered millions of likes and replies.

Interestingly, the rapper believes that he should quit watching the World Cup since it is bad for his health.

He wrote on his verified and official Twitter account: “The World cup ain’t good for my health”

The game between Germany and Japan, which finished 2:1 in favor of the Asian nation, and Saudi Arabia’s surprise triumph over Lionel Messi’s motivated Argentina are two such examples that may have served as the inspiration for Sarkodie’s remark.

Meanwhile, a supporter who believes Sarkodie is exaggerating asked about his habit of smoking cigarettes in the comments section to see if that won’t also have an impact on his health.

Check out the conversation’s photo frame below for a sneak peek;

In this article:Featured, Sarkodie, World Cup