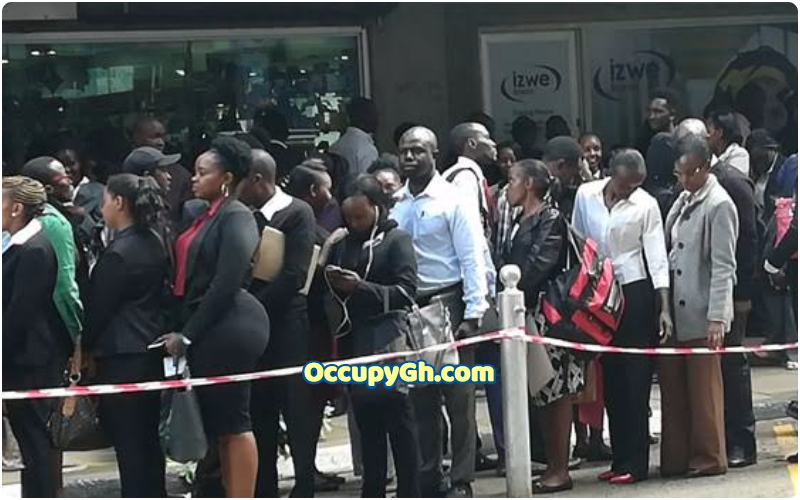 It is no doubt that the plight of unemployment is disturbing in Kenya, judging by the numbers of youth that turn up for a job offering only 15 slots.

The Chandarana Supermarkets chain was opening one of its branches in the bustling Kakamega town. The opening came with a few positions of floor attendants thus being a service to the unemployed youths in the neighborhood.

The chain announced vacancies in 15 positions with interviews scheduled for Friday, 28 February.

What puzzled many is the massive numbers of unemployed young people who showed up to scramble for the few slots. With the interview kicking off minutes past 8 a.m., applicants were already at the venue as early as 5 a.m.

The outlet was being opened at the Holden Mall -at the heart of Kakamega town where initially the deflated Nakumatt occupied.

This is however not the first instance when the high rate of unemployment in the country manifests itself whenever an opening is announced.

Back in 2019, thousands flooded Eka Hotel in the outskirts of Nairobi to secure positions only set for five individuals.

The same was experienced in 2018 when thousands as well turned up at the Sarova Stanley to be grilled for a few posts offered by the hotel.

The rate of unemployment has been revealed to have stagnated at around 9 percent between 2018 and 2019 with the rate being feared to hike even higher considering the tough economic times’ companies are facing, the majority of them resorting to retrench their staffers in bid to cut on costs.