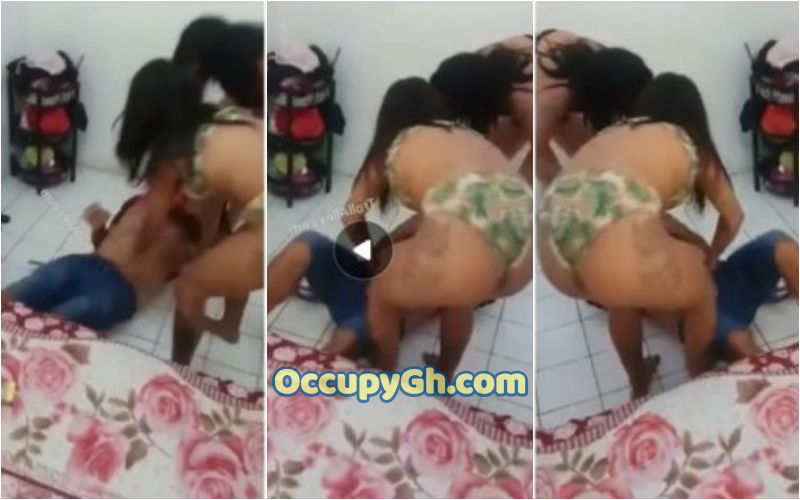 Three prostitutes have teamed up to beat up a client who refused to pay them right after eating their food.

The no-nonsense women are seen in the viral video privy to OccupyGh.com str!pping their client of his clothes as their gang up to beat him.

They toss him from right to left, leaving the man who wanted to chop something for the weekend, helpless.

The man who refused to pay is seen helpless in the video.

It is gathered from the video that the man who solicited their service had no money on him.

Strangely, a poor man will solicit the service of three women and have the guts not to pay them? What a world.

In this article:Instagram, Prostitution, Viral