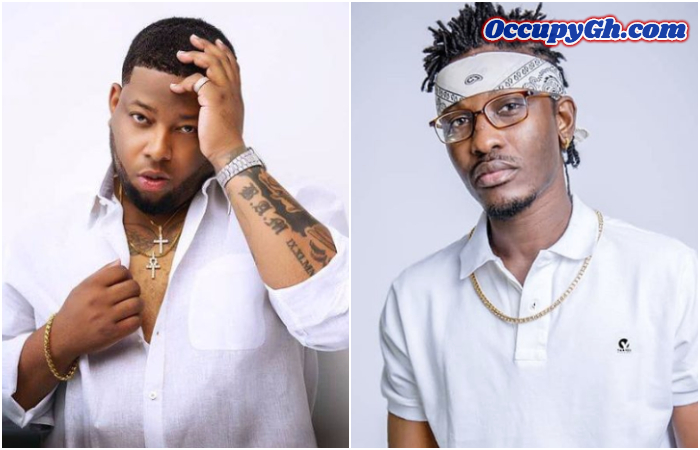 In an interview with Joy News’ MzGee, the Black Avenue boss, D Black said Tinny had sent him a private message to explain that his comments were just to create hype and subsequently requested for a collaboration.

Tinny has, however, come out to justify his reason for sending D Black the message for collaboration.

According to him, he reached out to D Black so they could take advantage of the social media controversy his comment had raised.

“I never begged D Black for a collaboration,” he added.

The hiplife artiste said he had a brief discussion with the Black Avenue boss’ management so the controversy goes in their favour.

“So if common sense isn’t telling him to make hay while the sun shines then I wonder how he’s being labelled as a business mogul in this industry,” he stated.

Tinny explained he does not hate the rapper just because his (D Black) songs are not in his playlist.