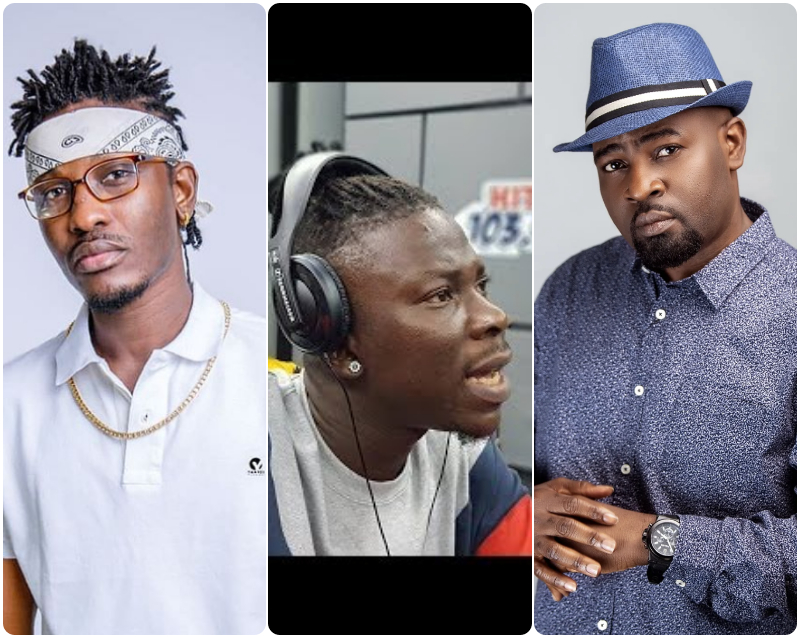 Ghanaian veteran musician Tinny has slammed Stonebwoy and radio personality Mercury Quaye as “a bunch of fools” while reacting to reports that the Dancehall musician paid for the release of his confiscated car.

On May 7, 2022, Stonebwoy who was on Hitz FM’s Cruise Control paid for the release of a car said to be Tinny’s.

The said vehicle, according to reports, had been confiscated at the Taifa Police Station after Tinny reportedly failed to show up for a performance in Oti Region despite receiving his GH¢2,000 performance fee from event planner Yaw Menkasa.

Three months after the development, Tinny responded with a barrage of insults. In his interview with Abeiku Santana on Okay FM on August 15, 2022, Tinny without mincing words described Stonebwoy and Merqury Quaye, the host of Hitz FM’s Cruise Control as fools.

“I’ve not spoken about it because I saw a video of Merqury Quaye and another gentleman and Stonebwoy enter the studio and they said I owe whatever and he said he will pay. When I saw the video, I noticed only fools were there; none is wise. I saw it as a bunch of fools, a bunch of idiots who have had the chance to be on the radio,” Tinny fumed with rage as he expressed disappointment in Stonebwoy.

“I wasn’t expecting my colleague to also be a fool. Stonebwoy also joined the fools to be a fool. They don’t have common sense. He’s my colleague, he should know better. As a senior man that I’ve helped you before when you were coming out and everything…”

Tinny could not fathom why Stonebwoy did not place a phone call to him on the back of the accusations if indeed he meant well.

He said: “And after saying you’ll pay my debt, you didn’t even get the common sense to call me the next day and say ‘I go radio ooo, they say so so and so; ebi true?”

In this article:Mercury Quaye, Stonebwoy, Tinny