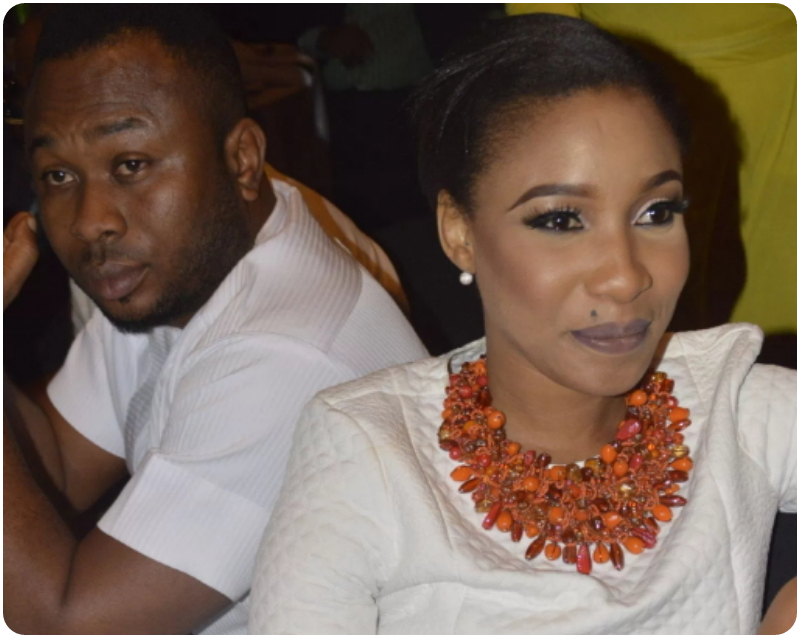 Nigerian actress Tonto Dikeh has been alleged to have bought a gun in Ghana in her attempt to kill her ex-husband Churchill.

This was made known by Investigative journalist, Kemi Olunloyo.

The drama started after Kemi Olunloyo and Tonto Dikeh’s ex-lover, Kpokpogri, during an Instagram live session, spoke about her reaction to the demolition of Kpokpogri’s mansion in Abuja.

During the live session, Kemi noted that although Tonto was gloating over the demolition of Kpokpogri’s multi-million naira mansion, she had no hand in it, and was only doing that for clout.

Kemi’s comment apparently triggered Tonto, and she took to her Insta-stories to blast the journalist.

“It’s like Kemi wants me to talk to her or something.. Na Ogun go help me put her back for jail. Make we start to do goFundMe for you again, Agbaya!! Olodo.” Tonto Dikeh wrote.

Well, Kemi has now taken to her Instagram page to react to Tonto’s post in a lengthy writeup. The 57-year-old said Tonto Dikeh has no regard for humanity and rejoices over other people’s losses.

She alleged that the actress purchased a gun in Ghana in an attempt to kill her ex-husband, Olakunle Churchill.

“I REALLY WANT TO HELP TONTO DIKEH
I’m concerned about the businesswoman who’s office she visited last week and her bag fell on the ground with a crack pipe dropping out. I’m aware that she contacted the NDLEA on her post wanting to be an ambassador and requesting to be tested but have no idea of her dealings with the agency. I don’t work for them. I’m just an advocate with my own campaign against the war on drugs, something I did in America 30 yrs ago. We must never STIGMATIZE recovering addicts or those who have won the addiction battle and want to help others. I’m an award winning pharmacist and was once the outpatient pharmacy director of the addiction clinic at the world’s most prestigious hospital Johns Hopkins Medicine. But why was she still carrying drug paraphernalia?? She’s the mother of a small child.

I have the right to ask why Tonto was bragging about her ex boyfriend’s mansion demolition. I supported Tonto Dikeh when she was going through extreme domestic violence and purchased a gun in Ghana attempting to kill Churchill her ex husband. As she was laying curses on another journalist Azuka Ogujuiba, I counseled Azuka on how to handle a dirty bitter divorce of public figures. This is what I’m teaching my journalism interns @2222mediaschool now. After leaving Port Harcourt prison, Singer Dencia fed me, bought me new clothes and bought me a ticket to travel home to Ibadan. My daddy late Alabo Graham Douglas housed me for 30 days in his hotel and took me to meet Pastor Ibiyeomie who I’ve never asked a single Naira from till today. Dencia started the fundraiser, Yele Sowore the 3rd donor sent me money from New York and promoted the fundraiser heavily on Sahara Reporters.

Tonto was the second donor with 200K, I can’t believe it’s the same person that is professing Ogun to help her send me back to prison. Did she rush to donate that money for clout in one of the most controversial clout fundraisers known to man. Hushpuppi wanted me to beg Linda Ikeji first, Emenike contacted me lashing out at all these “small children insulting my wellness”and paid it off disgracing all the donation clout chasers. May my life never go that low again. Tonto has no regards for humanity. She rejoices over other people’s demise. A narcissist who has a foundation possibly to prove to the world she’s doing her part. Those praising her are beneficiaries of her giveaways.
What you are today does not determine what you are tomorrow. You may be the one in prison tomorrow. May God forgive Tonto Dikeh.”