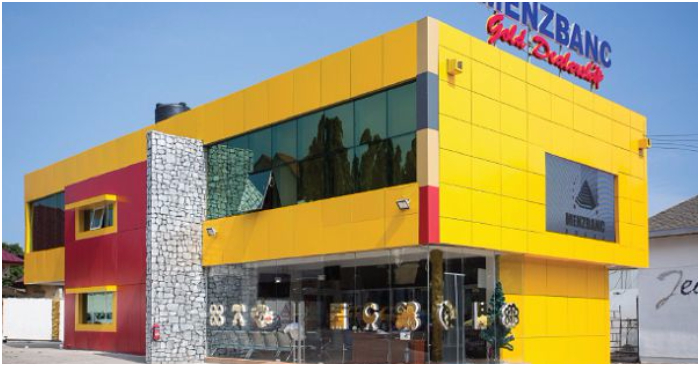 The Securities and Exchange Commission (SEC) says it has no idea how much of depositors’ funds and the number of affected individual and institutional investors whose cash are locked up in the gold-dealership firm Menzgold.

Rev. Daniel Ogbarmey Tetteh, Director-General of the SEC, at a press conference in Accra yesterday said: “When we gave the directive to Menzgold to stop issuing new contracts, we had already made contact with them and asked them to submit data which include the number of clients they have and the money they have mobilised. Rather than respond, they went to court to pray the court to stop us from interfering in their business.

“So, the truth is that we don’t know the exact quantum of monies they mobilised. Investors of Menzgold can hope for the best, but no one can give them a guarantee. Certainly, the SEC is not in any position to be refunding investments that are lost. What we are doing as SEC is using whatever means available to get information on what is out there,” he said.

The SEC has also proposed an increment in the minimum capital required for companies operating in securities market, as it seeks to make institutions it regulates more liquid and restore depositors’ confidence.

The announcement comes after the investing public raised concerns about not being able to access their matured funds with various Fund Managers, and the somewhat abrupt end of operations for some of those SEC-regulated institutions.

Again, the challenges with recovery of funds by various fund managers exposed to government, given the tight fiscal space government was operating in, has created some short-term challenges.

The SEC, which up until now has remained passive, said under the new draft directive minimum capital for Fund Managers has been increased to GH¢5million; Clearing Houses, GH¢50 illion; Trustees, GH¢50million; Securities Depository, GH¢50million; and Securities Exchange, GH¢10million.

The directive is however waiting to be amended before final approval is given for its implementation.

This means market operators are still bound by the old capital requirement until the draft is approved and enforced by the SEC.

“We have to go through a certain process to effect it. The current minimum capital requirement is enshrined in the LI 1728, so we cannot just issue a guideline and amend what is in the LI. We must first strike out those provisions, and there is a process we have to go through.

“So, it is a work in progress but the market is already aware of where the levels are. The new levels are in different categories and the industry is aware. But in terms of issuing it, you must first deal with the LI 1728 before you can implement it.

“We have had some engagement with the industry people; it is all about how to make it legal,” Director General of Securities and Exchange Commission, Daniel Ogbarmey Tetteh, told the media at a press conference in Accra yesterday.

Mr. Ogbarmey Tetteh further stated that the Commission has introduced a number of initiatives to improve its regulation requirement for the market. These include new provisions on corporate governance, investment guidelines, related party transactions and sanctions for misconduct.

Again, the Commission will soon facilitate electronic submission of returns from the licenced operators and analysis of the returns to be able to give early warning signals to unsuspecting depositors.

The Commission has also developed mechanisms for hearing complaints and tracking the compliance of operators, and further take action against non-compliant firms.

It has also disqualified certain licenced individuals who exhibit actions and behaviour inconsistent with the fit and proper test from operating in the securities industry.

Some fund management houses have also been stopped from taking new deposits; and others have been suspended and had their licences revoked.

In this article:MenzGold, SEC Ghana