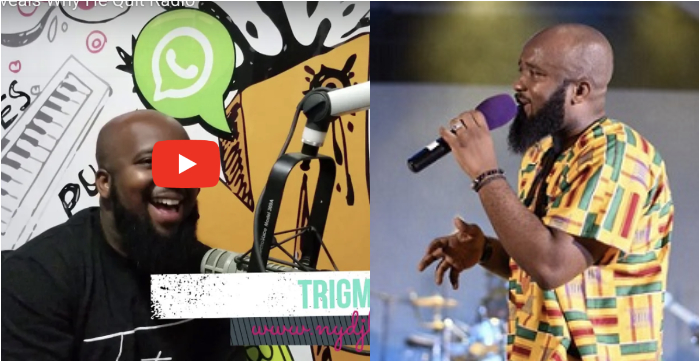 One time Best Rapper of the Year and Record of the Year winner at the Ghana Music Awards Enoch Nana Yaw Oduro- Agyei popularly known as Trigmatic has revealed why he quit radio and would possibly never return to it. (Video below)

The musician with several hit records to his name who recently parted ways with Accra based YFM as host of the Mid Morning Radio Show in an exclusive interview with NY DJ on RYSENSHYNE revealed radio was shifting attention from his music career.

He further stated music was his first love and that it was most important he paid attention to it as it was ‘spiritual’.

“I felt like it was shifting attention from my music career. For me, music is my first love so the most important thing…Music is spiritual so you have to respect it. If you never sacrifice, you can never reap and reap well so I’m like let me sacrifice and release more.