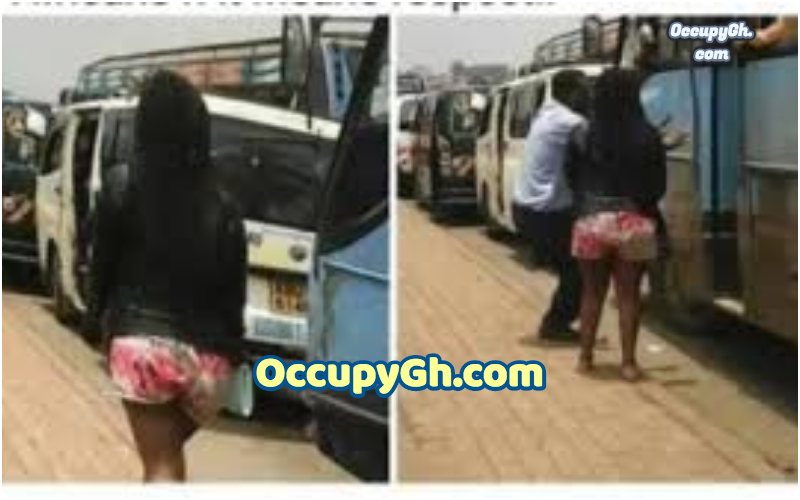 A Slay Queen had the shock of her life on Sunday, March 18 at the Allsopps bus stage on the Thika Road in Kenya’s capital, Nairobi when all commercial vehicles refused to carry her.

The lady was seen dressed in a tight and short pair of knickers parading the street in an attempt to board a commercial vehicle, but both drivers and commuter got so disgusted by her mode dressing hat they rejected her, saying she looked indecent.

Both male and female passengers aboard the commercial vehicles were unanimous in condemning the lady, threatening to disembark if the drivers attempted to allow her to board the car.

Facebook user, Peris Wanjiku who was apparently either onboard one of the vehicles or standing by took a photo of the scene and posted on Facebook with the inscription: ”Aki slay queens or whatever u call ourselves, decency is what makes a person be called human from how u dress n how u act,av spotted this lady at allsops thika rd,people yelling n screaming at her,mat zinamkataa. We are Africans n it means respect.”

See the image below:

In this article:Nigeria, Slay Queen, TroTro