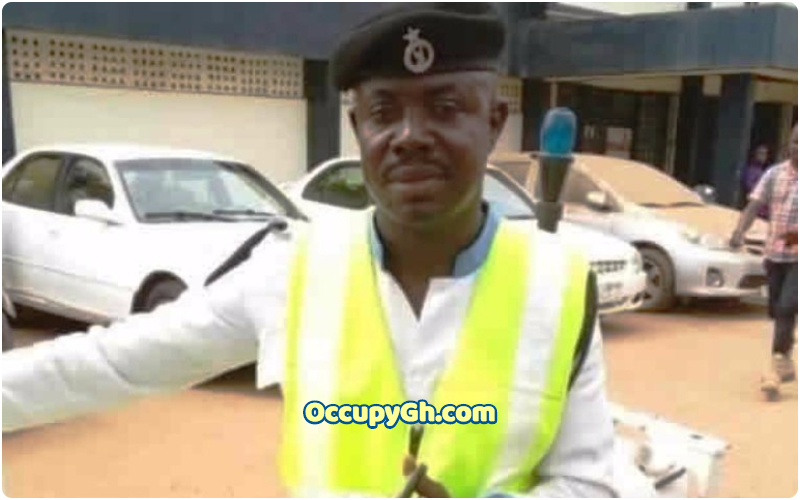 A police officer has been confirmed dead after he was run over by the driver of a commercial vehicle, popularly known as ‘trotro’ on Friday around the Trinity Theological Seminary in Accra.

According to reports, Sergeant Moses Appiah was pronounced dead at the 37 Military Hospital where he was sent for treatment after the incident.

Eyewitnesses said the driver ran over the officer when he stood in front of his bus in a bid to avoid arrest.

Station Officer at the Legon Motor, Transport, and Traffic Directorate, who confirmed the news to Graphic.com.gh, said Sergeant Appiah and his colleague, Corporal Joshua Azure pursued the driver of the Ford vehicle from the main Legon-Madina road and eventually caught up with him on the Trinity Theological Seminary.

Inspector Abraham Nuetey said the two policemen got out of their vehicle and tried to stop the driver from moving his vehicle but while escaping, the driver hit the police officer.

Chief Inspector Nuetey said Sergeant Appiah was dragged for 54.50 meters under the Ford bus when measurements were taken.

He said the badly injured policeman was rushed to the 37 Military Hospital for emergency treatment but he was confirmed dead around 10:am.

The body of the deceased has been deposited at the Police Hospital Mortuary.

Police have mounted a search for the driver and his conductor [mate] who fled after the incident.