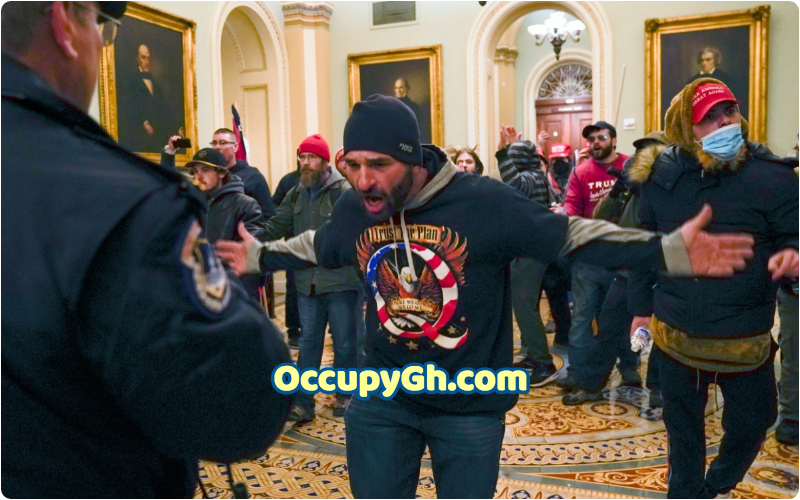 A Donald Trump fan, Christopher Stanton Georgia has reportedly shot himself in the chest and was found dead by his wife after he was arrested for his Capitol riot.

His wife found him on Saturday morning in the basement of their home and told police there was “blood everywhere.”

According to the report, Christopher was found with a gunshot wound to the chest. A medical examiner ruled that the Alpharetta, Georgia, man died by suicide, according to the Atlanta Journal Constitution.

On the day of the Capitol riots, Georgia had stayed out past the 6 pm curfew after police officers told Trump fans to leave around 7:15 pm, court documents showed.

In this article:Crime, Donald Trump, USA