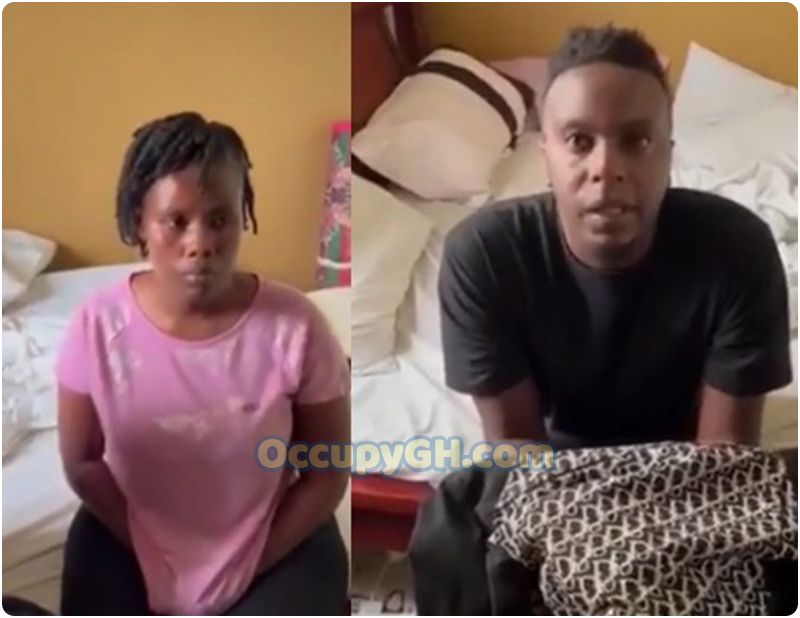 A popular Uganda TV presenter, Casmir Mukisa aka MC Casmir has been apprehended pants down with a married woman identified as Trice in her house.

BREAKING:  Lady Goes Berserk, Smashes Plates At Restaurant After Spotting Her Man With Another Lady (VIDEO)

This is true from a new viral video that is currently making rounds on social media as sighted by occupygh.com.

In a viral video, MC Casmir was seen in handcuffs which he covered with his jacket while pleading for mercy from a man believed to be the husband of the woman he was cheating with.

When he was asked, “Is this the bed where you played sεx from?” MC Casmir answered “Yes! I am sorry.” The lady as well responds in the affirmative.

Before leaving the room, the TV presenter was also heard saying, “Punish me but even if you punish me, just know I will regret what I did.”

It was gathered that the police were invited during the raid and interrogation.

According to local reports, the woman claimed her husband has continuously failed to satisfy her in bed, hence, why she opted to sleep with the TV presenter.

Speaking after the video went viral, MC Casmir claimed his house was turned into a crime scene. He also promised to get justice against those who recorded him.

He Wrote; “Ladies and Gentles This Case has attracted public and state Interest because of the Video circulating. Officers involved at my house that turned it into a crime scene, those that arrested me and the man who recorded video are All being brought to justice one by one. Damages caused will be cleared. Thanks to those who are standing by me.”