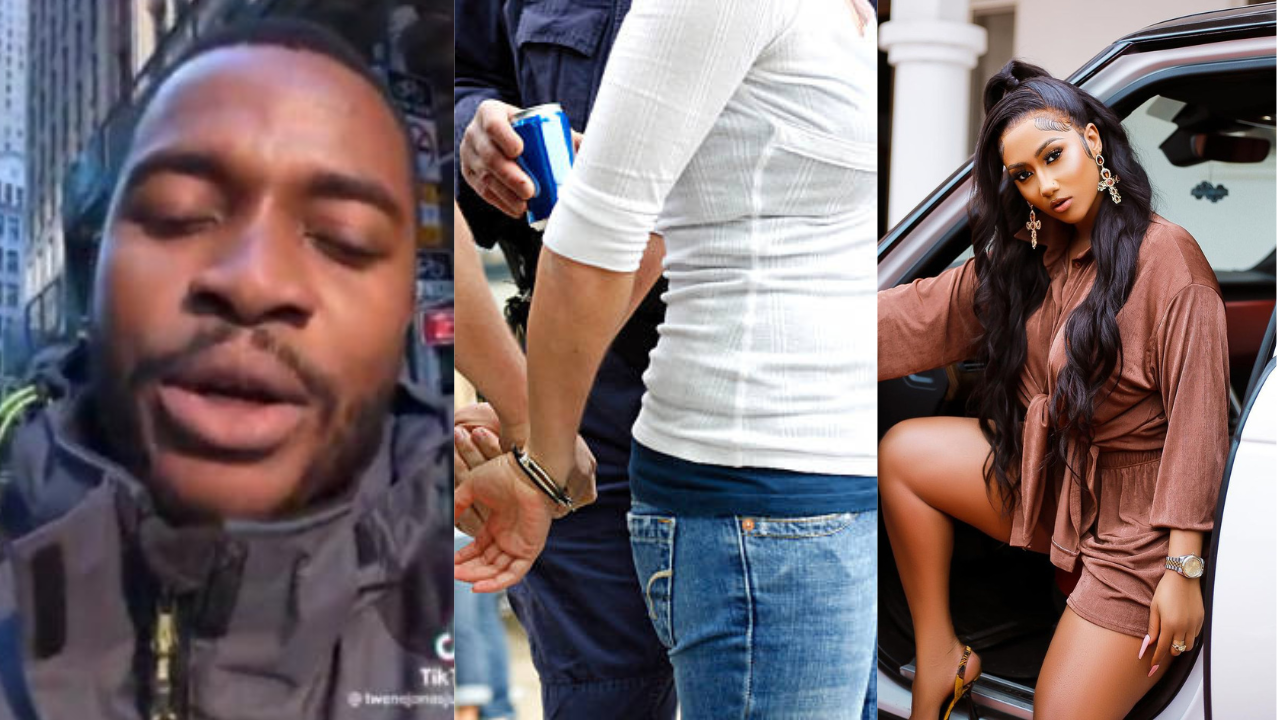 News that Ghanaian musician and socialite Haja4Real had been imprisoned and arrested in the UK went viral in the local digital realm just over a week and a few days ago.

She was allegedly chosen by Interpol for her role in a $8 million fraud in the US, according to commentary around her arrest.

Her personal blogger originally came out to deny the rumors that Hajia4Real had been detained in the UK, but he quickly reversed course and said that she had been held there.

Twene Jonas, who is in the US at the moment, has added his voice to the hot topic and claims that Hajia4Real has indeed been detained.

The allegation that she was an active participant in the $8 million swindle has a twist, though.

In a brief video, Twene Jonas revealed everything he knows, including the fact that Hajia 4Real was in the country with an accomplice who was later arrested and deported after serving his jail time.

He went on to say that although Hajia wasn’t the one who committed the $8 million fraud, the money had gone through her account, making her the ideal candidate to figure out who the real perpetrator of the fraud was.

In this article:Hajia4Real, Twene Jonas, UK