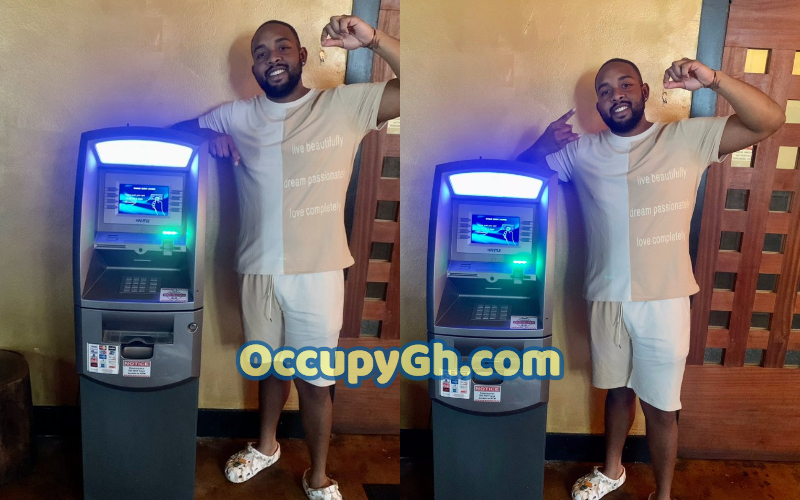 Twitter has gone berserk at the news of a man who bought and installed an ATM in his home. The young man with the username, @flexeatss noted that he had purchased a personal Automated Teller Machine (ATM).

Striking poses with the new machine, the self-taught chef excitedly said he looks forward to a year of passive earnings for himself.

@ewilson502; ATMs IMO will be obsolete in a year or two due to digital assets and currencies. Cash will be old news.

@SimplyKam10; He will use a private company to handle transactions. They will take a certain percentage but whatever he decides to charge on his transaction fee will be his. For example strip clubs charge 10 plus on fees and usually only 2 dollars goes to the provider the rest they profit

@wave_god243; So you the nigga takin that extra 3 dollars every time I want some cash

@DeZhuoreVu; At the risk of sounding dumb (but I’m being genuine I swear) after buying the machine, you put your own money in there to get going? Take out a loan? What