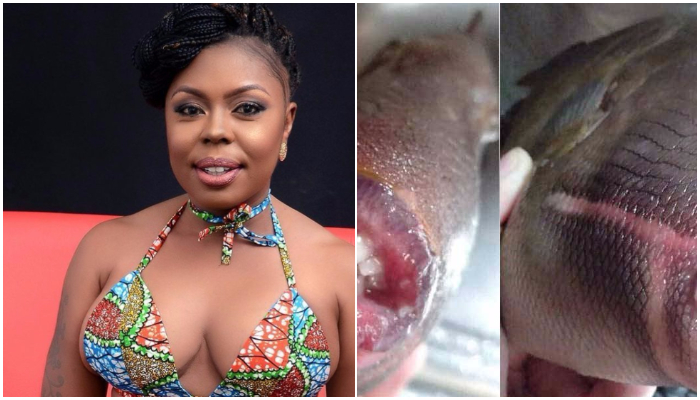 The controversial 34 years old woman whose real name is Valentina Nana Agyeiwaa has become a trending topic on Twitter. Here’s why.

The troll began when pictures of a fish with hideous lips surfaced today on Twitter. Whilst others admired the fish, a Twitter user suggested, that the fish’s lips had a striking resemblance to Afia Schwarzenegger’s.

Other Twitter users seemed to be in support as they commented, liked and retweeted. The post has since gone viral.