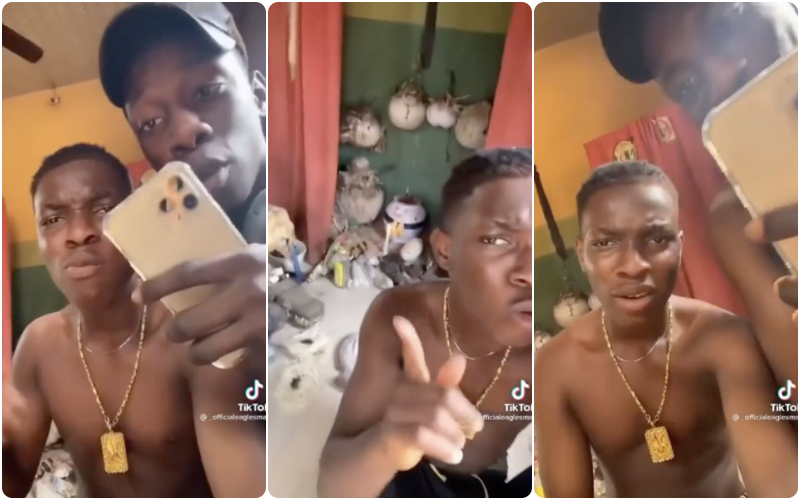 Two young boys have been spotted in this viral video as they visit a shrine to attain juju to scam a white client that they met online. Nigerians are overwhelmed with the rise in the rate of people being killed and used for money rituals.

A video of two young boys in a shrine has surfaced online as they hail their hustle.

In the video, the boys were heard saying that people are asking them the source of their wealth, but they show them can they do the same.

The young boys in the video showed off the shrine they were in as they hailed Hushpuppi who is currently in jail in the US.