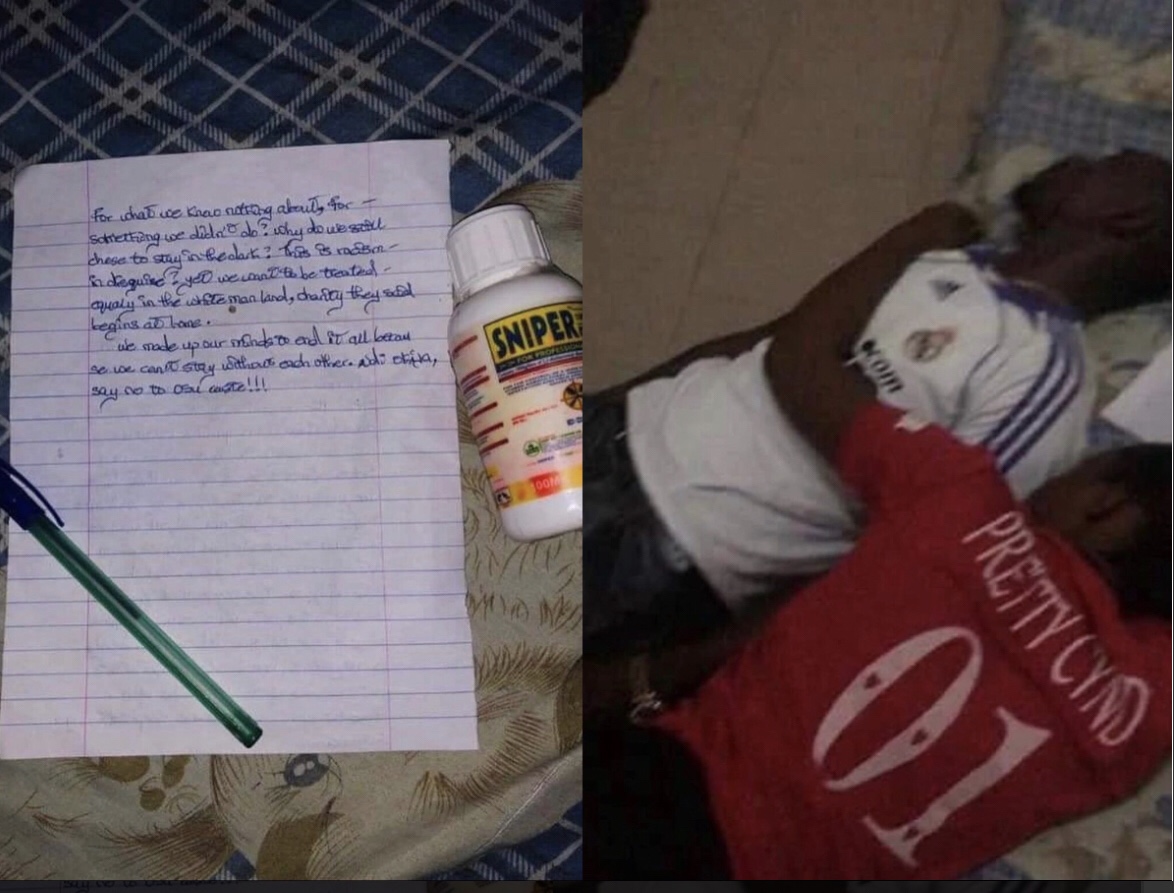 Sad news reaching our desk has it that, two lovers have allegedly committed suicide after their Parents declined their marriage due to an ancient belief about their tribes.

The lovers in the letter left behind stated firmly that they have dated for over 6-years and now that things are turning out to go on well for them they are disapproving of their marriage.

Upon this, they decided to end it all by committing suicide with poison. They both died together under the same roof while they were lying down together.

True love still exists but religion and ancient beliefs sometimes disrupt lovers from getting the life they wish for.

In this article:Relationship, true love