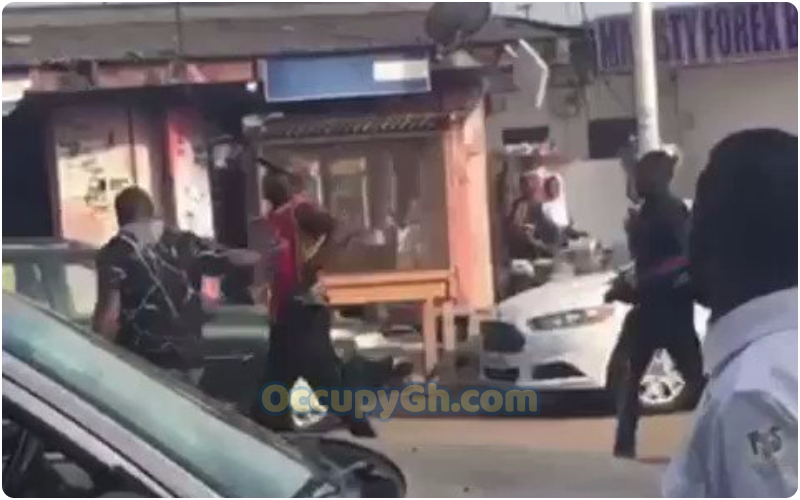 Two persons have been arrested by the Ghana Police in connection to a scuffle in Nima, a suburb of Accra on January 18, 2022.

This brings to nine, the total number of suspects arrested in connection with the clashes at Nima.

Seven persons were earlier arrested over the shoot-out, which occurred during a clash between the two gangs on Tuesday.

Five persons were in police custody, while two were hospitalized under police guard.

Giving an update about the incident on Wednesday, ACP Kwesi Ofori, Director of Public Affairs of the Ghana Police Service, disclosed that the extra two suspects were arrested at a hideout with weapons on them.

“So far, we have arrested nine people. Today, two people were arrested at a place where they decided to go but thanks to the effective intel of the police service in collaboration with the good people of this country, we arrested two of them with weapons and unregistered motorbikes. As I speak to you, they are in custody assisting with investigations.”

One more person from the gang has been hospitalised, bringing those receiving medical attention to three.

Per the police’s update, no deaths were recorded during the shoot-out.

Items retrieved include a pump-action gun, security uniform, ammunition, and pistols, among others.

In the meantime, the police are still on a manhunt for the leaders of the two gangs known as Kumordzi and Bombon.

A video released on the Ghana Police Facebook page showed some men holding machetes moving along a street in the community.

Gunfire is also heard in the video, with one man appearing to be firing a gun.

In this article:Crime, Ghana Police, Nima