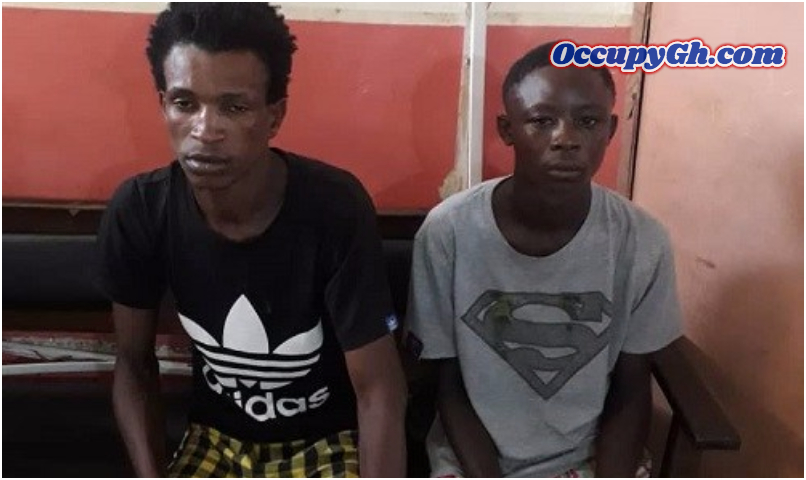 Two suspected robbers have been arrested by the police for allegedly attacking a taxi driver.

The suspected robbers, according to the police, have been identified as Abdulai Rashid and Abubakar Iddrisu.

The Accra Regional Police Public Relations Officer, Deputy Superintendent of Police (DSP) Afia Tenge, who briefed DAILY GUIDE on the arrest, disclosed that it was carried out on Thursday dawn.

She said the two suspects hired the service of the driver of a taxi with registration number GC 1255-13 from Dansoman Exhibition Roundabout to Tunga.

In the process, Abubakar Iddrisu pulled a knife on the driver to surrender his sales and mobile phones.

“Initially, the driver resisted but the suspects threatened to stab him if he refused,” the police PRO said.

The suspects robbed the victim of his two mobile phones, a power bank and a cash of GH¢30.

She revealed that while the robbers were escaping, the complainant raised the alarm which led to the arrest of Abdulai Rashid but his accomplice managed to escape.

She said when he was later handed over to the Dansoman Police he led the police to the hideout of Abubakar Iddrisu which resulted in his arrest.

The two mobile phones were recovered together with an amount of GH¢28. According to DSP Tenge, the two suspects are in police custody awaiting trial.