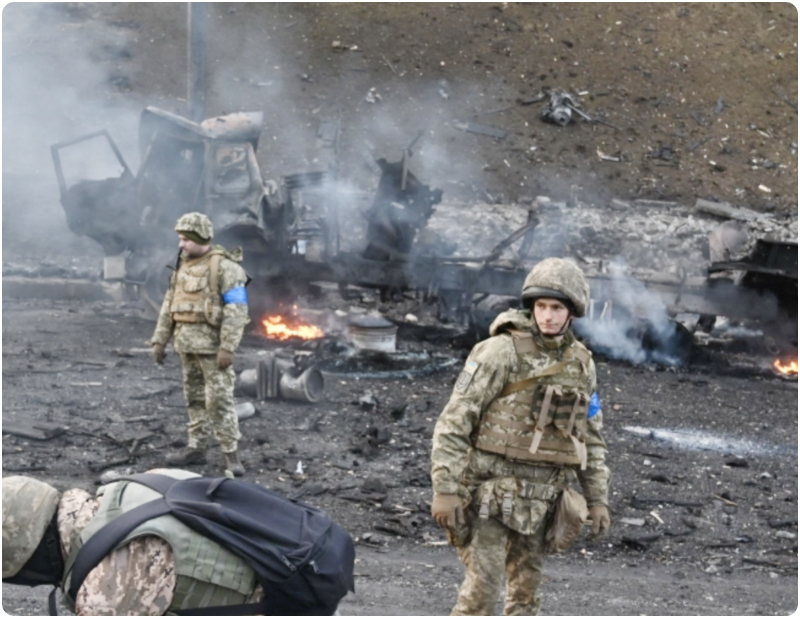 Over 700 Russian soldiers have been killed and 21,000 more wounded in Ukraine War, Pentagon has said.

According to the Pentagon, this means that a fifth of the force president Vladimir Putin amassed before the war could now be out of action, as units become ‘combat ineffective .

This comes as British intelligence on Thursday, March 17 said that the Russian advance has now stalled ‘on all fronts’ with ‘heavy casualties’ being suffered .

Putin amassed 150,000 soldiers on it’s border with Ukraine before giving the order to attack 21 days ago.

The staggering death and injury toll is roughly double NATO losses in Afghanistan over two decades of fighting, and roughly equal to US casualties in the 36-day battle of Iwo Jima – one of the bloodiest clashes in the Pacific during the Second World War.

The Pentagon believes that losses are now so severe, US intelligence believes some Russian units cannot keep fighting.

According to a report by British intelligence on Thursday, m Russia’s invasion has stalled ‘on all fronts’ with ‘minimal progress on land, sea or air’ in the last 24 hours while continuing to ‘suffer heavy losses’.

But the bombardment of Ukrainian cities continues never-the-less, with Kyiv struck by missiles in the early hours – one of which was shot down, though wreckage still struck a 16-storey apartment block, killing one person and sparking fires which injured dozens of others.

Mariupol, the heavily besieged city in the south of Ukraine, also continued to come under heavy fire as city officials estimated that at least 2,400 people have now been killed there – though mayoral adviser Petro Andriushchenko said the true toll could be as high as 20,000 once cut-off areas have been searched for victims.

In this article:Russia, The Pentagon, Ukraine