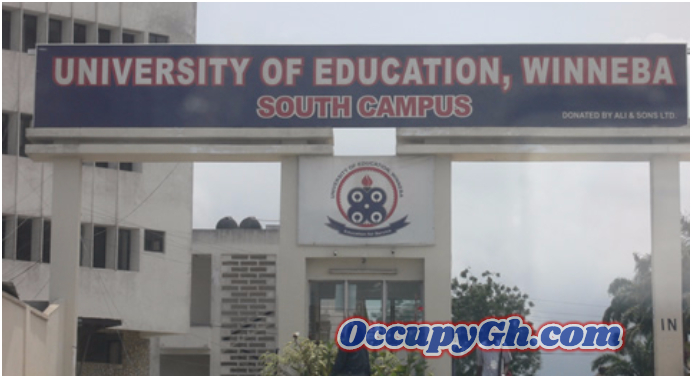 University of Education Winneba (UEW) has been closed down following protests by the students demanding the reinstatement of some dismissed lecturers.

Early this morning, police fired warning shots and teargas to disperse the protesting students who were destroying school properties and pulling down billboards on campus.

Eight warning shots were initially fired by the Winneba Police at the Faculty of Educational Studies, close to the university canteen as the protestors moved there to rally their colleagues to join their #BringBackOurLecturers campaign which has garnered steam since Tuesday.

About 10 students are said to have suffered varying degrees of injuries and currently receiving treatment at the university campus clinic.

Speaking to the media on the shutdown of the school, Central Regional Minister Kwamena Duncan announced the decision of the Regional Security Council (REGSEC) to close down the school.

According to him, the shutdown is to avert further destruction of properties and to save human lives.

“Ours at the Regional Security Council is to ensure the peace and security of the university. So on the advice of REGSEC, we cannot continue to allow the university to be in session…every passing day, the level of insecurity increases or escalates. As we speak some of the buildings have had their windows shattered, the university’s bus I’m told the glass have been shattered”, he said.

In this article:Central Region, Police, University of Education Winneba, Winneba