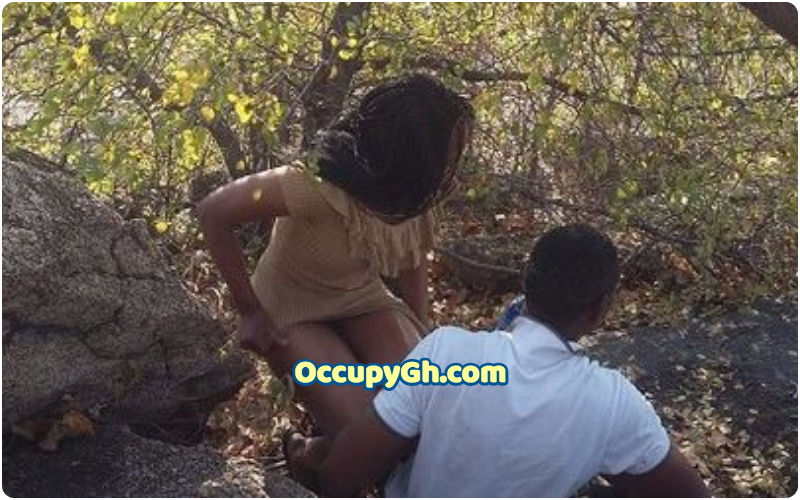 A couple at Eldoret’s top university students was on Friday caught making out in the bush by villagers. The two had allegedly gone to have a good time at Falls, a place which is famous for having romantic scenes.

According to a middle-aged villager, he saw the two go into the bush on their way from the falls.

“I was coming from the school side and they were on their way back from Falls. They then branched into a small bush. I did not suspect anything because this is an open place and we are used to seeing students being such romantic,” a man who introduced himself as Edward said.

A few minutes later on, a group of five villagers who were looking after their cows caught the two, halfway dressed while they were trying to control the cows. The two were busy in the act when all of a sudden the five men stood around them. “We did not expect to find such a situation. We were just looking after our cows. But this is common especially among university students who have ‘hot’ blood,” a witness explained.

The two were set free with a series of warnings and advice. The men claimed they had not done anything wrong and could not be victimized since they are adults.

“We believe they are adults and are free to make their own decisions. So we let them go but warned them against doing such things in open places,” Edward added.

The place where the two were busted is full of used condoms, an indication that it was not the first time students made out in the bush.