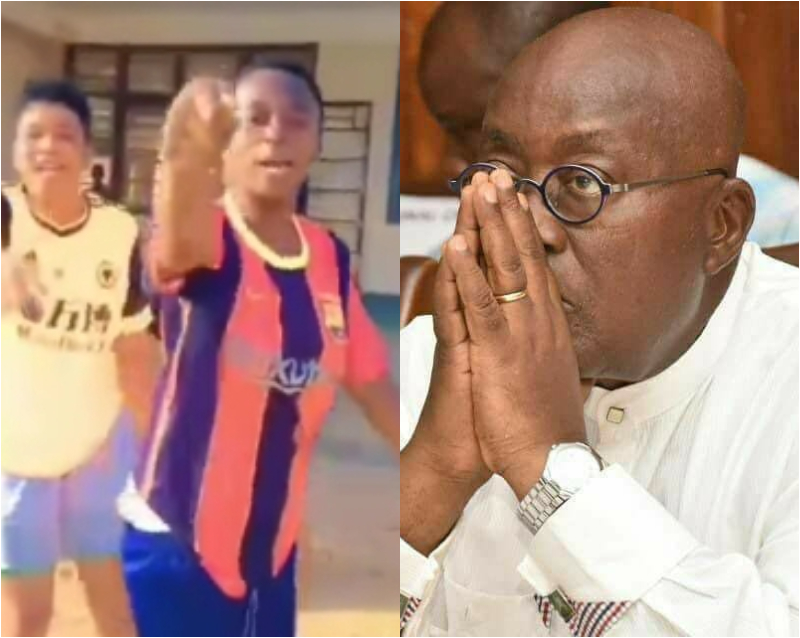 You may recall an unbelievable event leading to the sacking of 8 Chiana Senior High School students – they were captured in a video insulting the sitting president.

They were all placed on an indefinite sack by the GES and authorities of the Chiana SHS.

However, the President of Ghana who was called on in their video intervened for them to be called back.

In honor of the President’s call, the Ministry of Education directed the Ghana Education Service to recall the affected students and give them less severe punishments rather than endangering their education.

Then the GES too directed the Chiana SHS’s administration to call the students back to school.

According to myjoyonline.com, the father of one of the girls has confirmed that her daughter was reporting back to school on Tuesday, January 18, 2023, after the school administration called to inform him that his daughter was free to return to school.