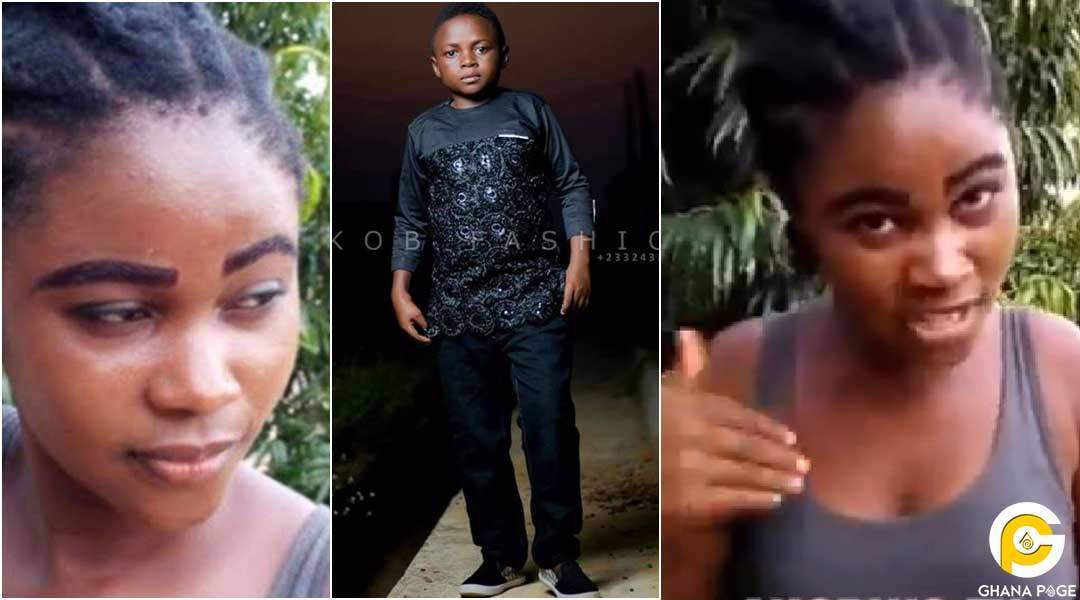 A budding young actress, Kelvina has made a wild statement that she will curse Kumawood star Samuel Dabo aka Yaw Dabo if he denies dating her.

In a video GHPAGE.com has come across, the young lady claimed that she dated Yaw Dabo for two years and decided to dump him when it was getting to the third year.

“I have used him, I don’t want to do anything with him anymore so I have dropped him but if he claims that he hasn’t dated a fresh girl like me before then I will curse him. For Ghanaians to believe what I am saying, I will go and buy an egg and curse him for everyone to know I am serious about what I am saying.”She said.

It was revealed in the same video that, Yaw Dabo had earlier denied dating the lady and reportedly warned that if she continues making those claims, he will come out to disgrace her.

Yet, the young actress insisted she has dated the diminutive star actor.

BREAKING:  I'm Doing Better Than The People Who Insult Me: Yaw Dabo

She also went on to say that Yaw Dabo’s alleged relationship with Vivian Okyere played a part in causing the break up of their relationship.

On how he met Yaw Dabo, she stated, Kojo Nkansah and other stars interceded on behalf of Yaw Dabo before she accepted to date him.

Because GHPAGE.com cannot verify the claims this lady is making, we have contacted Yaw Dabo for a comment.

Not long ago reports surfaced that Vivian and Dabo were also seeing each other and were going to get married.

Vivian, in reaction to the reports, reportedly indicated that she was in love with the diminutive actor and he loved her back as well.

Vivian made a u-turn sometime later saying she had a boyfriend and that Dabo was just a confidante.