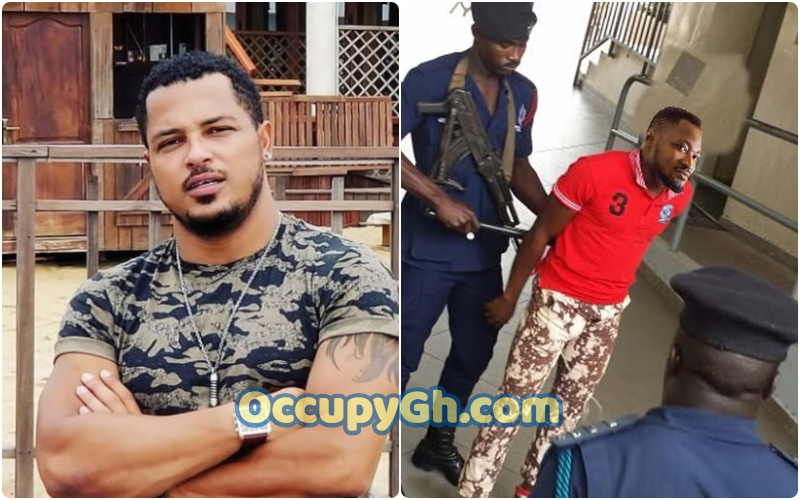 Van Vicker Reacts To Funny Face Being Mishandled By The Police

Ghanaian actor Van Vicker has reacted to a viral video of comedic actor Funny Face being mishandled and arrested by the Ghana Police.

The video of Funny Face being mishandled in broad daylight by some police officer has gone viral on major social media platforms.

In the video privy to OccupyGh.com, the Ghanaian comedian was mishandled, dragged on the floor as he was picked up by the police in Kasoa.

Well, Van Vicker has noted a few words about the unfortunate incidence.

According to Van in an Instagram post, he opined that the police could have been a bit professional in their arrest.

“As I watched this video of @therealfunnyface being manhandled by the Ghana Police Service the first thing that came to mind was, WHAT LAW HAS HE BROKEN / WHAT HAS HE DONE WRONG? Currently, I still don’t have an answer; on the search.I am not privy to any info outside these visuals, hence my concerns as per THIS VIDEO:1.

Was he being arrested?2. Was he being taken in for questioning?3. Was the police being ‘vindictive’?4. Was he resisting to be taken away?5. Was he pleading to lock up his vehicle and then can be taken?6.

Did the officer HAVE TO hit him with the riffle butt?7.

Seems there was some misunderstanding, what could it be?8. Etc.I am NOT holding brief for @therealfunnyface nor am I concluding police brutality, however as per this video, in my opinion, the police COULD HAVE BEEN a little MORE CIVIL.Just like ALL OF US, NO ONE IS ABOVE THE LAW, so if one breaches the law one shall face the full rigour of the consequences thereof, however, we are humans and even as enforcers of the law there is always a latitude to apply discretion depending on the gravity of the situation.So Let’s DO THE RIGHT THING – ALWAYS.”