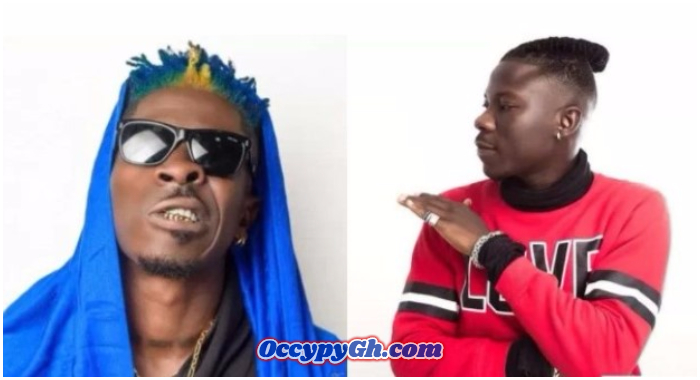 Shatta Wale, Ghana’s acclaimed dancehall king has slammed Stonebwoy hard in connection to him winning ‘8 awards’ at the 3Music awards which was held a couple of weeks ago.

Shatta Wale has asked Stonebwoy to stop crying over his failed attempt t win more awards at the 3Music Awards.

Recall that a few days ago, Stonebwoy reacted to his relatively poor showing at the 2019 edition of the 3Music Awards. According to the ‘Kpo keke’ hitmaker, there were a couple of awards won by Shatta Wale that should have been won by him.

The Bhim Boss further urged 3 Music and other organizers of awards to forgo mediocrity and honour deserving artists.

Stonebwoy advised organizers of the VGMA never to do the same mistakes made by 3 Music. However, Shatta Wale reacting to this took to his twitter handle to lambaste his arch-rival for making such a statement.

According to him, the Bhim boss should stop wailing after he won just 3 awards compared to 8 awards he won. “hey my friend stop crying..no one has beaten you” he wrote.

The SM boss also divulged that Stonebwoy should just kept mute and move forward because he cannot always win. Shatta Wale on his twitter handle wrote;