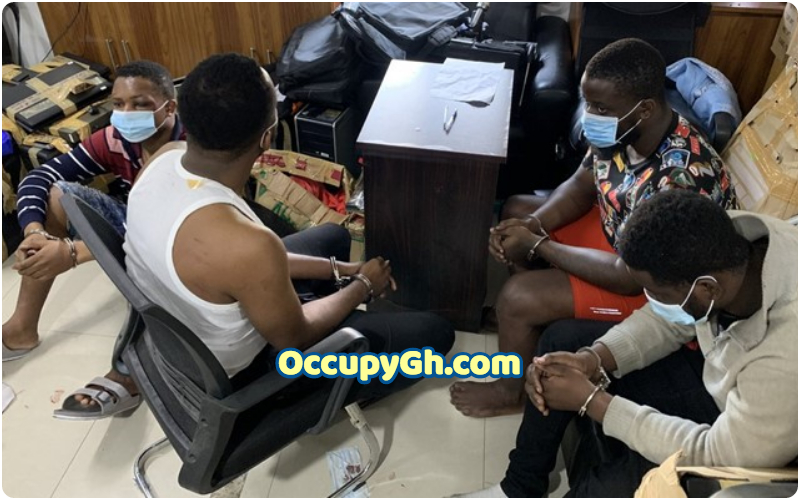 Four Nigerian students have been arrested in the Philippines over their alleged involvement in an international syndicate that hacks and siphons funds from banks in the country.

Chief of Cybercrime Division, National Bureau of Investigation, Vic Lorenzo, made this known in a statement.

The suspected fraudsters who are studying in the Asian country were traced after they hacked a system of a Philippine bank and allegedly transferred at least P100 million into another account.

The Bureau alleged that the Nigerians violated the Access Device Law, Anti-Cybercrime law, and falsification of public documents.

Names of the alleged Nigerian fraudsters were however not revealed.

“The international syndicate is complicated.. to the point that they study the system’s flaws. Once they see a weakness, they will take advantage of that.

BREAKING:  Mother Of 3 K!lled By Husband After She Called Him Out For Assaulting Her

“One of the suspects’ Filipina girlfriend admitted to having used her account to deposit and withdraw money amounting to at least P2 million, which was supposedly for tuition.

“Blank ATM cards and bank receipts were confiscated from the suspects.” the statement read.

The accused Nigerians have denied the allegations.

The suspects, in a chat with ABS CBN, said they were in the country to study and knew nothing about the hacking incident.

“The funds withdrawn were donations from a Nigerian student community,” one of them said.

In this article:Crime, Nigeria, Philippines