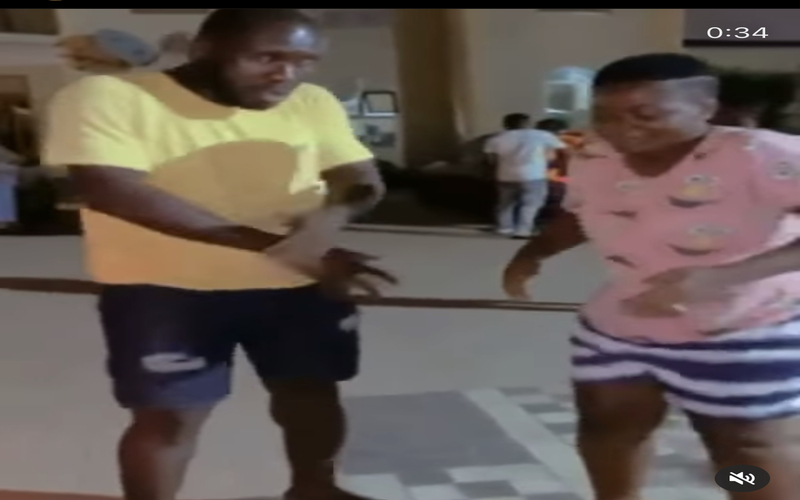 AKA Ebenezer, also known as Dr. likeee showed off his dancing skills in a video circulating on social media.

In the video he sighted by OccupyGh.com Aka Ebenezer is seen displaying his dance moves in a funny video with a lady, who played the role of an instructor.

No one knows the name of the dance or which kind of dance moves he was trying to pull off but at least he tried.

Dr. Likeee is a comedian and an actor who rose to prominence very recently with his short comedy skits. He has however been in the movie scene for years and he’s known as Ras Neene in the movie industry.

Catch a glimpse of the video below.

In this article:AKA Ebenezer, Viral