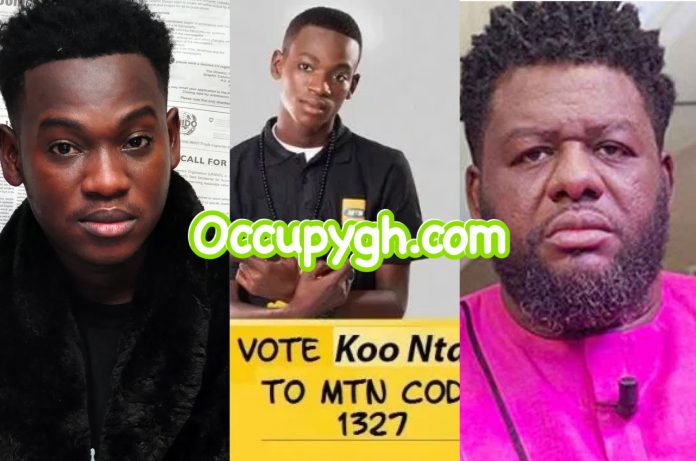 Ghanaian Rapper and MTN Hitmaker Season 2 Winner, Koo Ntakra has made a shocking revelation in regards with his winning cash prize after he turned out victorious in the musical show.

According to him, the cash prize of GHC100,000 wasn’t completely given to him directly. However, he was given only GHC20,000 in cash as a person, while the other money 80K went to his manager, Bulldog.