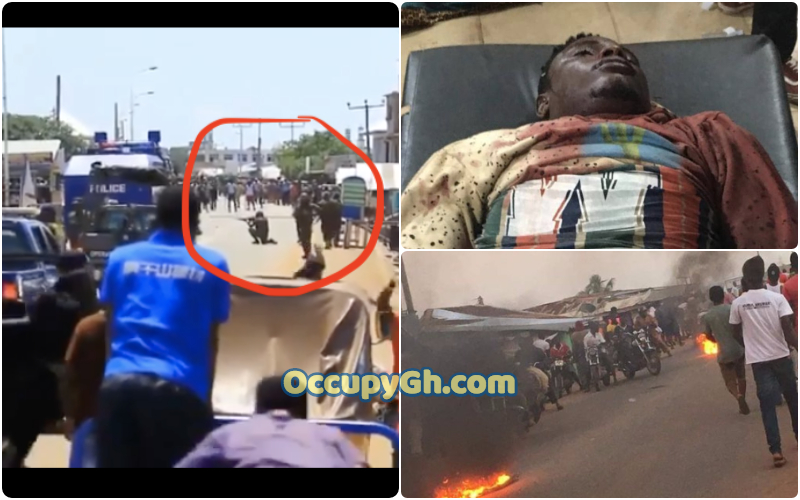 A video that captures heartbreaking moments gunshots were fired as angry youths clash with the Military in Ejura has just surfaced online.

The clash sprout following the death of Kaaka, a #fixthecountry member who was reportedly murdered in the town.

Check out these videos capturing the unfortunate event below or visit OccupyGh.com for more related stories.