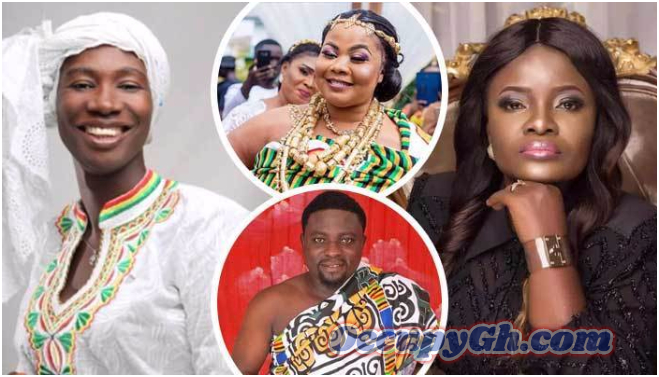 Cecilia Marfo, a Ghanaian Gospel singer is currently going through hard times after one of her associate pastors reveal her deep secrets went viral.

In the audio, it was alleged by Gideon; one of Cecilia Marfo’s associate pastors that some time ago, founder and leader of Marfo’s Prayer Centre, Prophetess Cecilia Marfo wrote down some names of gospel artists in the Ghana music industry on GHC50 Cedis notes, enchanted them and finally buried them to ‘kill’ their successful music career.

According to Gideon, he regrets writing the names of Ohemaa Mercy, Brother Sammy, Gifty Osei, and others on 50 Cedis notes for the Prophetess who tried to end their careers.

“Evangelist Cecilia Marfo has hypnotized some of her colleagues in the industry in order to dominate over them,” pastor Gideon adds.