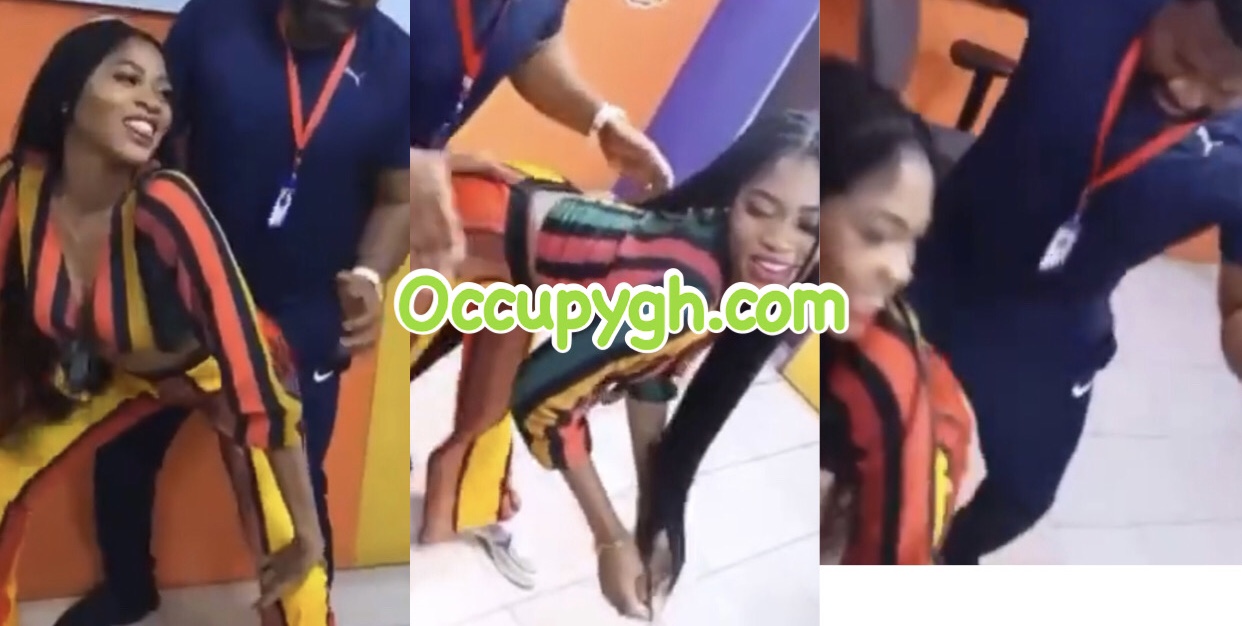 In an effort to promote her recently released single ‘Duna,’ Ghanaian Singer and Songwriter, Eazzy has been on a radio tour for quite some time now.

During her tour, she landed at Kingdom FM where she had to interpret the lyrics of her song. After her interview with host, Fiifi Prat, she willingly gave herself up to the Presenter to feel the softness of her behind.

Eazzy after being part of Big Brother Africa rose to fame by diverting to making music. She is known for making hit songs in the late 2010s and has been able to gradually positioned herself to be one of the most relevant female artists in the country.