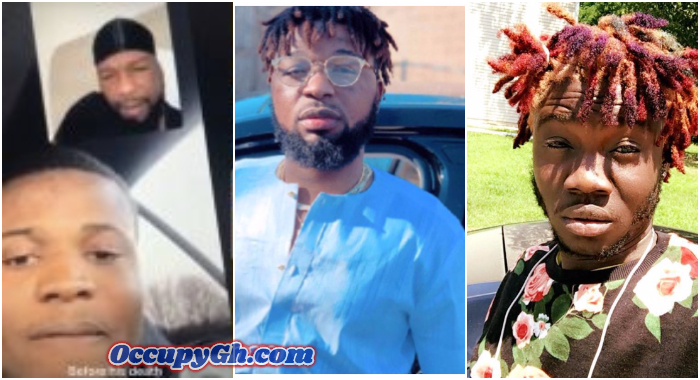 The death of Junior US has come as a shock to many. As it stands, his killer(s) is not yet known.

However a lot of people are pointing accusing fingers at jailed US-Based Ghanaian rapper, Showboy.

Showboy and Junior US had a bloody fight in time past which made the former to stab the latter. Showboy was jailed early this year for 6 years.

Junior said Showboy warned him that if he goes to jail (which he has gone to now), he’s going to make sure his boys gun him down.

READ ALSO: “The only guy who can be like me if he was in this game”- Shatta Wale said about Junior Us 24hrs before his death

Junior could be heard saying this during a Facebook live session with US-Based social media influencer, KOD.