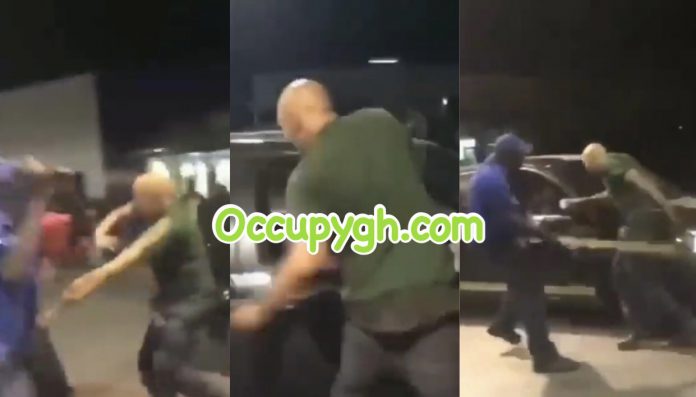 Racists have gotten away quitely on several occasions at various parts of the world especially Europe and Asia after passing racist comments and remarks.

A white man in South Africa who went to a fuel station to fill his tank passed a racist comment to the fuel attendant by calling him a monkey.

The other fuel attendants and inhabitants of the community did not take it likely as they carefully disciplined him with severe beatings.