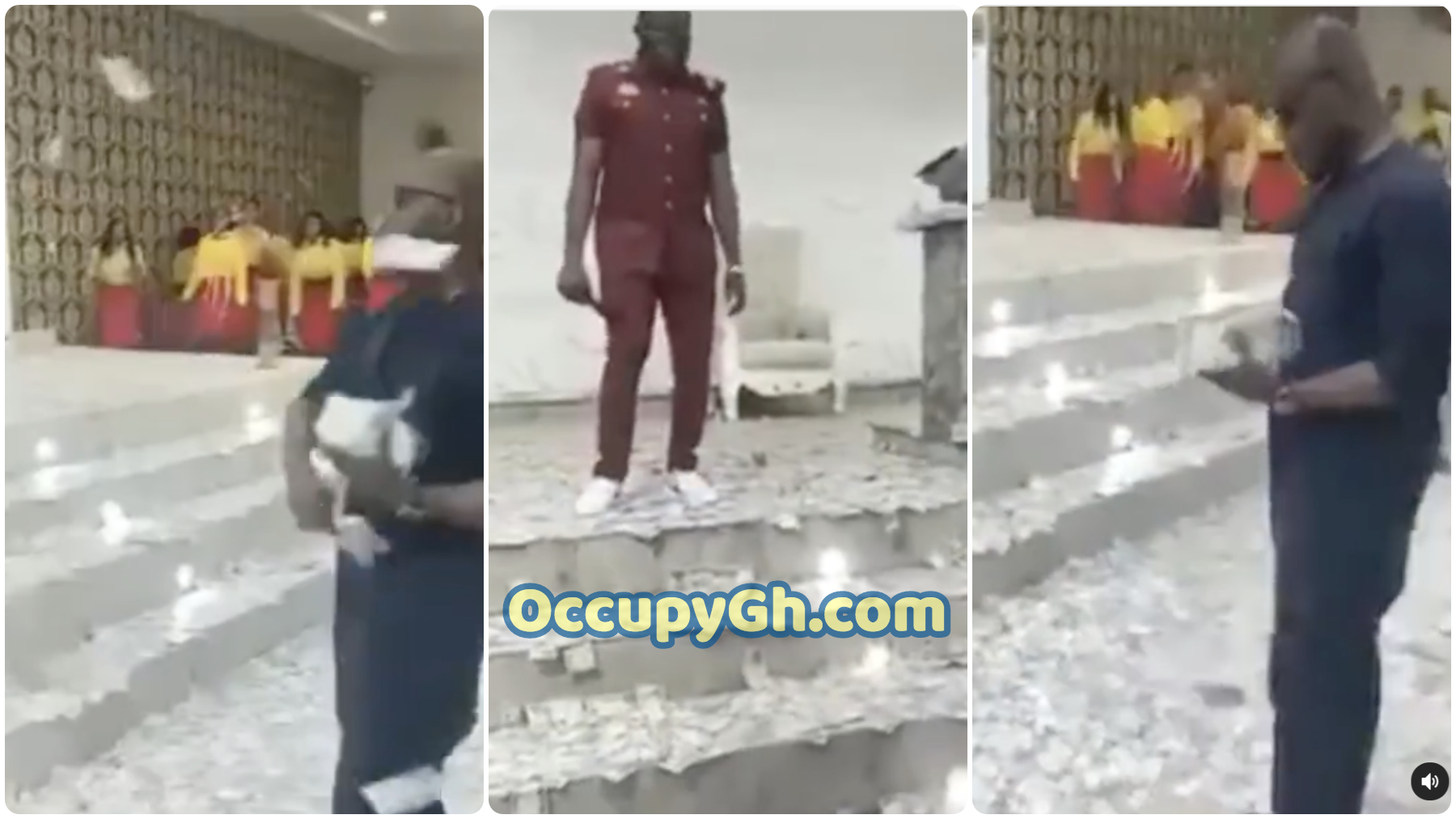 A video of suspected Nigerian drug baron, Tony Chidi Onwurolu spraying money in church has surfaced after he was declared wanted by the National Drug Law Enforcement Agency (NDLEA) for importing a consignment of 26.15 kilogrammes of heroin with a street value of over N6.5 billion.

Femi Babafemi, the agency’s spokesperson, said in a statement on Sunday July 11, that the seizure was made at the Skyway Aviation Handling Company Plc (SAHCO) shed of the Murray’s Mohammed International Airport, Lagos.

According to him, the illicit drug had arrived in Lagos in 25 parcels from South Africa through an Air Peace Airline flight on June 30.

He said it was, however, detained for screening following reasonable suspicion of the content of the consignment. The suspected drug baron is said to be on the run after being declared wanted.

In the video shared online, Tony was seen spraying money in church as the choir sang. He subsequently knelt down for the Pastor to pray for him.