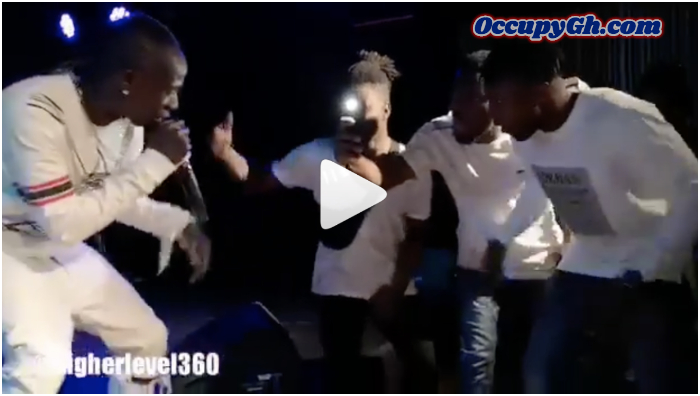 We all know Patapaa is currently on a tour of Europe during which he has been playing numerous shows. Interesting enough, Patapaa got the surprise of his life after less than 7 fans turned up for his show in Norway. (video below)

In a video spotted by OccupyGh.com on Patapaa’s Instagram page, the “One Corner” hitmaker was seen performing one of his songs and dancing along but the surprise came when the cameraman turned his lens to the fans.

The video was uploaded by Patapaa himself and shows him performing in the Norwegian capital of Oslo.

The video shows only Patapaa onstage with only three people being shown in the ‘crowd.’

Video of Patapaa’s Norway performance below…