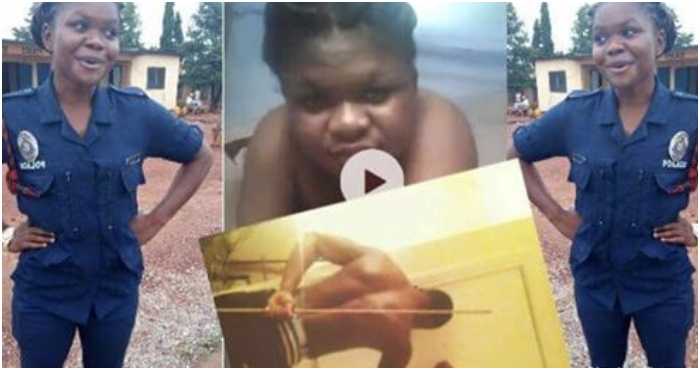 A video involving a female police constable has gone viral on various social media platforms and being enjoyed by her male counterparts who are allegedly serving as channels of redistribution for the obscene material.

The about five minutes and fifty seconds l3aked video involving a female police officer believed to have been recorded in the bedroom of the junior officer with a mobile phone, reveals her [email protected] with herself and setting the camera towards where she stood in order to be well captured.

She was seen rushing to lock the door, so she can start taking off her [email protected], posing in different angles while caressing her breast and other private parts.

Portions of the video appear quite d!sgusting in view of the actions being taken by the sole actor and producer who it is gathered has since gone into hiding.
Update: Manhunt For Female Police Officer In Leaked S*xtape

We Do not know what the video was intended for and how it was l3aked to the public but Because it goes against our editorial policy, we are not allowed to attach the video.