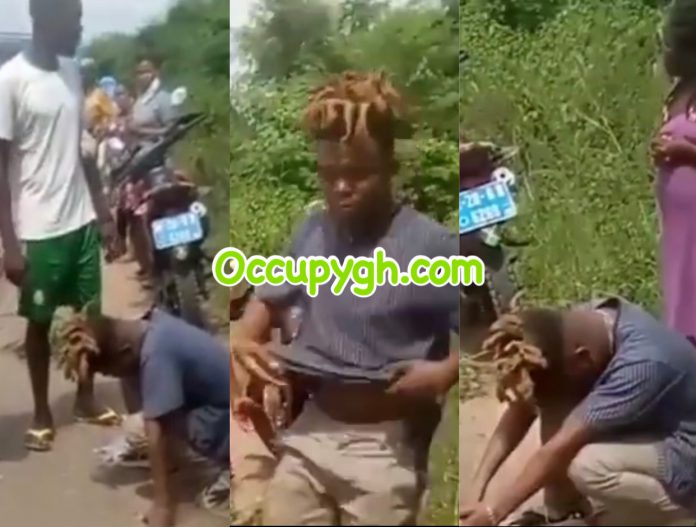 Tema-based Rapper, Quamina MP has been reported to have been involved in a motor accident which nearly took his life.

In a video which was posted online, the rapper was seen in awe, crying after he escaped narrowly from the accident.

Read:  Sarkodie Escapes Fatal Accident In His Car While Caught Bragging About His Fan Base (VIDEO)

There have been rumours that his dad was also involved in the accident but as to how true that is, is still unknown.

Quamina MP has become one of Ghana’s most-promising musicians over the past few years, releasing hit song after song to entertain his fans and music lovers.